Pictures of rows of iconic London Taxis lining up on The Mall to pay their respects to Prince Philip on Friday 9 April have gone around the world.  London cabby Stefano Marzocchi talks about how this wonderful mark of respect from London’s finest happened. 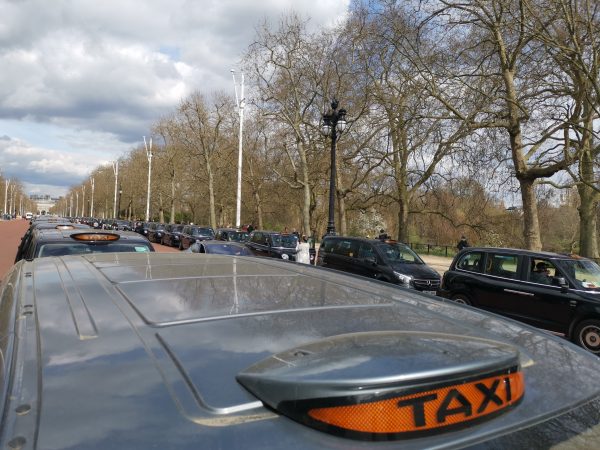 Stefano Marzocchi, a London cabbie for 23 years talks about how he initiated the incredible show of support from iconic black cabs who lined up on The Mall on Friday 9 April.

“Not many people know that Prince Philip drove his own Taxi around London and I had a fleeting thought about what cabbies could do as a trade to show our respect when I heard the sad news about the Duke. I replied to a friend who had texted me about the breaking news saying that we should have a drive past the Palace in a convoy of honour. I soon got a reply from another taxi driver that he would be keen to join in, then another, and another so I put the idea on twitter, and it gained momentum. 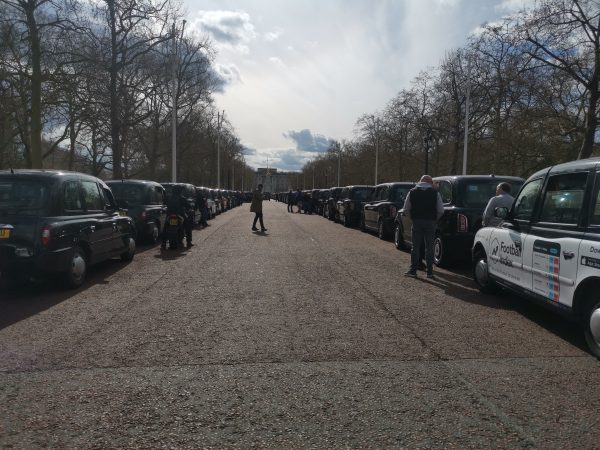 “I realised the idea was gaining traction so suggested mustering in Belgrave Square. I then put a message out to any interested cabbies to meet for a 1500 departure. Once at the square I spoke to a few drivers as to what we should do and together we agreed to drive into The Mall, turn the cabs so they faced the palace and get out for a minute’s silence before departing. When we arrived at the Mall, parked up and got out the cabs I realised that the number attending far exceeded what I was expecting.

“The reaction has been amazing with news channels, MP’s, celebrities, and members of the public thanking us for our show of support. I may have been the first to put the idea into the public domain but I’ve no doubt if it hadn’t been me it would have been another cabby. Someone asked me if this was a traditional thing to do and I simply replied, ‘I’ve no idea, it just felt the right thing to do’.”

“What an incredible sight last Friday to see so many London cabbies, including many of our volunteers, assemble on The Mall to show their respect to Prince Philip and their support for Her Majesty the Queen.”

“Can you pass to your colleagues that we Royal Marines admire the respect shown by the London Taxi Drivers by lining The Mall in respect for the Duke of Edinburgh and our Queen. Well Done London Cabbies.”