Frank Ross, the Right Honourable Lord Provost of the City of Edinburgh, led a special group of wreath-layers at the annual Opening Ceremony of the Edinburgh Garden of Remembrance, at the Scott Monument, Princes Street Gardens, Edinburgh, this morning (28 October). 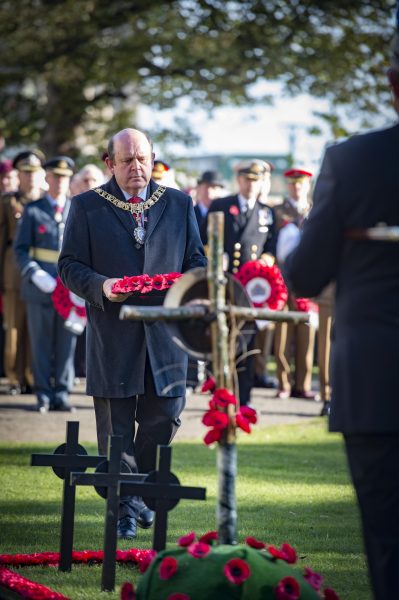 Members of the Armed Forces community, including veterans, attended the poignant event which marked the start of the traditional two-week Remembrance period. This year it has added significance as it is 100 years on from the first Remembrance events that were held following the conclusion of the First World War.

The service was organised by Legion Scotland and provided the chance to remember those who have fallen in the Great War as well as the many subsequent conflicts. More than 30 wreaths were laid at a service which attracted hundreds of members of the public. 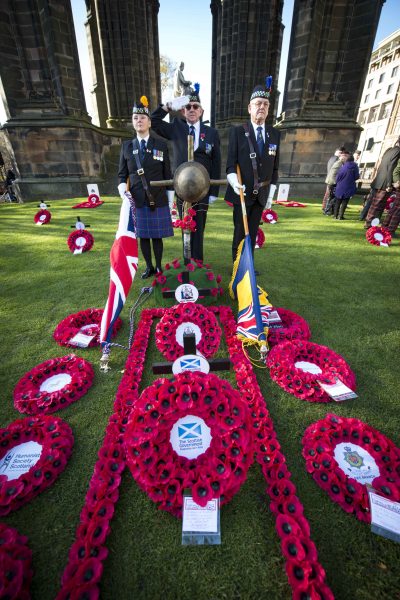 Following the opening of the Garden of Remembrance, guests and members of the public alike moved into Poppyscotland’s Field of Remembrance. A sea of 8,500 stunning memorials has been created from thousands of Remembrance symbols that have been returned to the charity from supporters across the country and beyond. In addition, there is a ‘Tree of Honour’ with personalised poppies hanging.

“The opening and dedication of the Garden of Remembrance in Edinburgh today marks the start of the traditional two-week Remembrance period which is always well attended.

“Today has been yet another poignant and moving reflection on the lives of those who made the ultimate sacrifice and also a time to remember those we know are currently on active duty; these brave men and women are always in the hearts and minds of their colleagues, loved ones and local communities.

“The Garden of Remembrance and Poppyscotland’s Field of Remembrance will remain open here in Edinburgh for the next fortnight, and I would like to encourage as many as possible to take a moment out of their busy day to stop by, pause, reflect, remember and give thanks.” 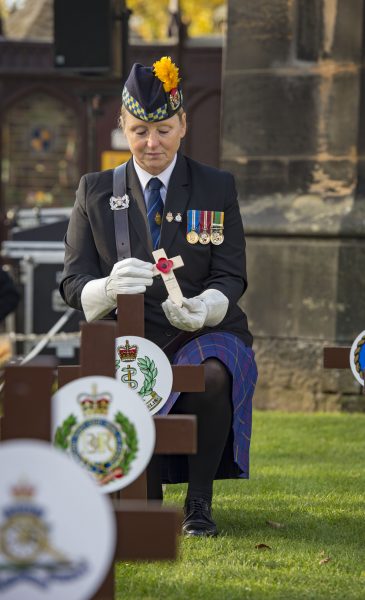 Edinburgh’s Lord Provost, Frank Ross, laid a wreath on behalf of everyone in the Capital. He is the city’s Veterans and Armed Forces Champion and commented:

“This November, Edinburgh will join the rest of the world in commemorating the sacrifices of members of the armed forces and of civilians in times of war.

“I am honoured to lay a wreath on behalf of all citizens at the Garden of Remembrance each year. I hope many people take the time to visit and show our city’s enormous gratitude and appreciation for the sacrifices made over 100 years ago. Whether it’s by visiting the Garden, attending a memorial service or parade, or by simply taking a moment of quiet reflection, we can all embrace the opportunity to observe the season of remembrance.”