An RAF sergeant from Oxfordshire has completed two challenges for the sight loss charity Blind Veterans UK, the national charity for vision-impaired ex-Service men and women.

George Day, 33 and from Minister Lovell, first fundraised for the charity when he ran the Blenheim 7K back in April. He says:

“The run was initially a personal challenge to start getting fit again after a muscle injury”. 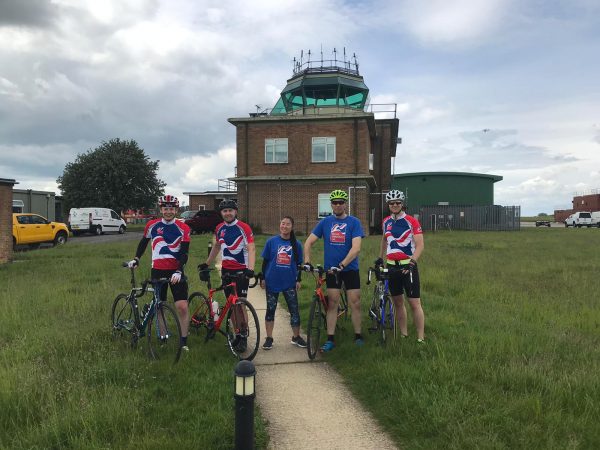 While training, George decided to raise funds for Blind Veterans UK, as his Great Uncle was a veteran of the Royal Artillery and Dunkirk, whose sight deteriorated badly when he reached his 80s. He says:

“I had only ever raised money before when I completed an endurance motorbike ride so this was my first physical challenge for charity”.

Following the success of the 7K run and overwhelmed by the generosity and support from family and friends, George decided to push himself further and organised a 24 hour cycle ride around RAF Brize Norton, the UK’s primary military transport hub. He completed the challenge with a group of four others who were all members of Air Traffic Control Squadron. He says:

“There was no target on the mileage set; it was just a 24hr slog but the group’s combined total was 534 miles. But even better, a total of £600 was raised”.

He may have only just completed the 24 hour cycle in June but George is already considering what he is going to take on next. He says:

“It will have to be even more challenging!”

To follow George’s lead and take on your own challenge to raise funds for Blind Veterans UK please visit: https://www.blindveterans.org.uk/get-involved/events-calendar/