You are here: Home / News / News / Mile End woman to take on Royal Parks Half Marathon for military charity that supported her grandfather 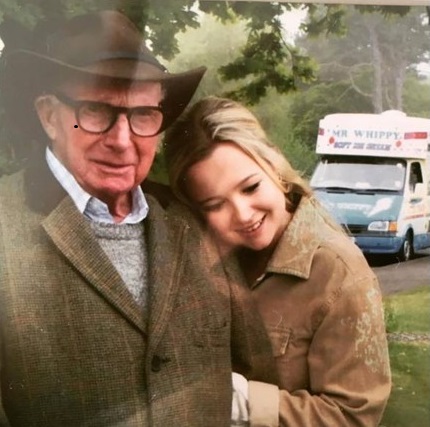 A woman from Mile End is training to compete in the Royal Parks Foundation Half Marathon for Blind Veterans UK, the national charity for vision-impaired ex-Service men and women, after it supported her late grandfather.

Hana Barten, 23 and originally from Colchester, decided she wanted to give something back to the charity in memory of her grandfather. She says: “I really wanted to do some fundraising for Blind Veterans UK in memory of my beloved grandfather. They really helped him towards the end of his life, so after taking a look at their website, I decided that the Royal Parks Half Marathon would be a good one to do!

“I think the idea of challenging myself, along with channelling my grief for my grandfather, really appealed to me. I really like to push myself so once my boyfriend told me he’d do it with me, I had no excuse!”

Hana, whose late grandfather, David Barten, known among friends and family as Tiger, served as a Desert Rat in the Second World War, started to lose his sight during the final few years of his life. The support the organisation was able to provide him with was such that Hana was determined to help raise its awareness. She explains: “They helped him in so many ways. A keen reader, they sent him special glasses and a device that magnified words on paper, making it easier for him read. My grandmother even joined him for a weeks’ holiday at their Brighton centre, which I know they both really appreciated.

“I really cannot express just how brilliant Tiger was. I could literally fill a book with funny stories about him, he was the best.”

Hana, who works for a Talent Management company, admits that while she’s not a natural runner, she’s confident she’ll have no issue in finishing the 13.1-mile course come race day. She says: “I was the girl that faked ill in every single PE class! I can’t even run non-stop for five minutes now, but I know that once I’ve got stuck into my training schedule, I’ll have no problem in finishing.”

Hana and her boyfriend, Tel, who is a music promoter, are hoping to raise funds by putting on a night with live music.

As for the event itself, she’s keen to encourage as many people as possible to sign up, and has even offered her training services to those who are still undecided. She says: “Just do it! Seriously, if I’m doing it then you can too. If you need a training buddy I’ll be the red faced girl puffing around Victoria Park most evenings until October.”

To support Hana and Tel as they prepare to take on the Royal Parks Foundation Half Marathon, please visit: justgiving.com/Hana-Barten.