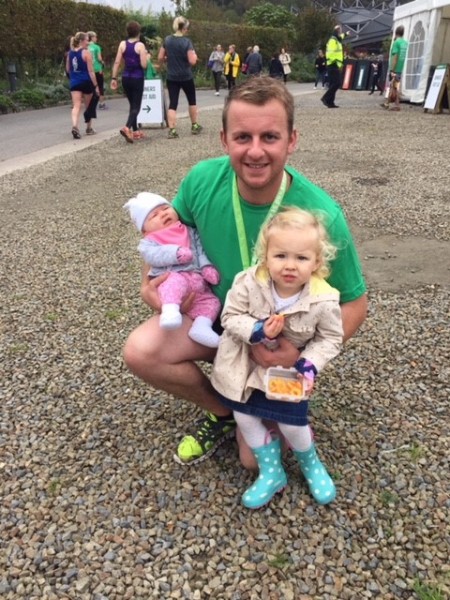 Military veteran Matt Bale, 28, from Fraddon, Cornwall is taking on the London Marathon in aid of Blesma to say thanks for the support they gave his friend who lost both his legs.

Whilst going through basic training to join the Royal Engineers in 2008, Matt met James Wilson and the pair built up a strong friendship. In 2011, Sappers Matt and James were deployed to Afghanistan and their paths separated when James took up a role as a lead searcher for IEDs and Matt took up a role in construction. Not long into the tour, James unfortunately stepped on an Improvised Explosive Device and lost both his legs.

Matt said: “Whilst I was serving in Afghanistan, I was one of the lucky ones. I was involved in an explosion myself when our vehicle drove over an IED but I was unharmed. My friend, James, lost both his legs and I lost another friend whilst out there. I wanted to run for a charity that means something to me and the more I found out about Blesma, the more I wanted to do it for them. Also I wanted to give back to those who lost limbs serving our country.”

Whilst serving in Afghanistan, Matt also run a half marathon for Blesma so already knew about the great work they do supporting injured veterans.

Matt left the Army in 2012 and now works as an industrial door engineer. Running the London Marathon is part of his bucket list, and last weekend he completed his first marathon run in Cornwall, as preparation training for the real event.

Matt will be running the London Marathon on 22nd April 2018. If you would like to support Matt, please visit: https://uk.virginmoneygiving.com/matthew-bale-SAVMLMBONDS3332018-824646

Matt whilst serving with the Royal Engineers: http://blesma.org/media/442665/matt-bale-soldier.jpg