In 2017, Mission Motorsport is celebrating its 5th Anniversary. The Forces’ Motorsport Charity was launched at Thruxton Motor Circuit in 2012 in order to help those affected by military operations by engagement through sport. Since its inception, the charity has seen impressive growth, and has delivered over 3000 training days of sport for over 850 beneficiaries, leading to over 200 placements, and nearly 90 jobs.

In celebration of the last 5 years, Mission Motorsport has released a 5 Year Review booklet, which outlines the charity’s aims and looks over the successes of the past 5 years, while also looking to the future. 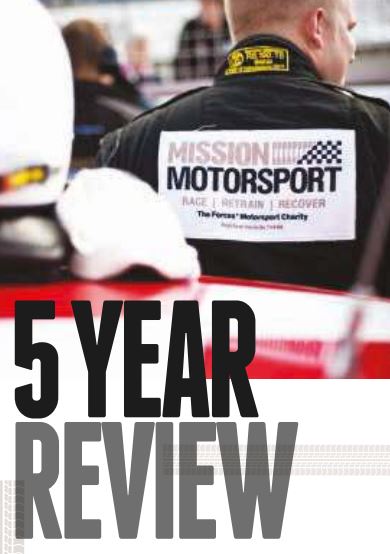