Motorcycle enthusiasts Mark “Spoons” Witherspoon and Dave “Woolie” Newsome took to the stage dressed as princesses Elsa and Anna from Frozen last weekend in front of a crowd of over 100 bikers after making a bet to raise £350 for SSAFA, the Armed Forces charity. 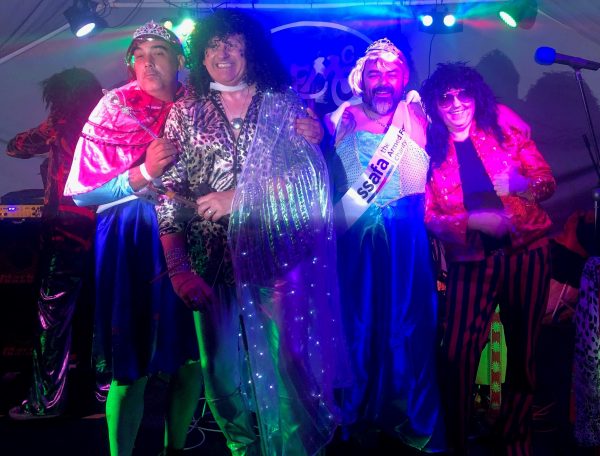 Spoons was a Lance Corporal in the Fusiliers for nine years, taking in two tours including Northern Ireland and Bosnia. Woolie is a long-term supporter of the Armed Forces community and runs Team Sober MCC, which has raised funds for SSAFA over the last few years. The duo said: “We agreed that if we raised £350 for SSAFA, the Armed Forces charity, we would dress as female princesses. The community has now raised £460 meaning we have to go ahead with our challenge!”

As well as raising a few eyebrows, the intrepid pair has now raised more than £755 for SSAFA with their Frozen inspired onstage exploits.Their friend, Paul Auduchowitsch, said: “We have purchased the dresses, wands and tiaras for the two of them. SSAFA has kindly provided a pretty sash for the pair of them too!”