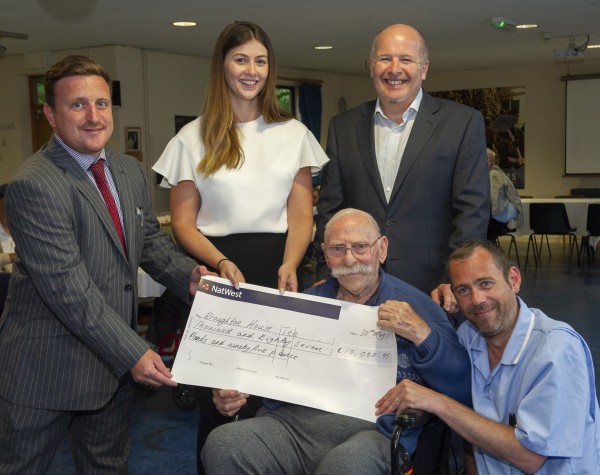 A former Royal Marine inspired his colleagues in the real estate finance team at NatWest in Manchester to climb Snowdon in aid of Broughton House, the Salford care home for ex-servicemen and women.

Fifteen members of the team climbed the Welsh peak and completed a 35-mile cycle ride across Wirral to raise £10,000 for Broughton House.

Those taking part were aged 23-60 and included the bank’s north west head of real estate Heath Thomas along with directors, regional managers, assistants and graduates.

The idea came from Shaun Thomas, the team’s business development manager for northern England, who served more than six years in the Royal Navy and the Royal Marines before joining the bank. 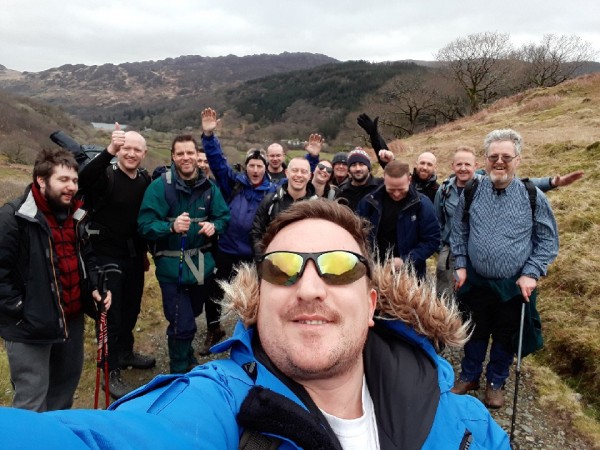 He undertook tours of Afghanistan and Iraq during his military career and was wounded in action.

Shaun said: “Broughton House is a great charity that is close to my heart. Without the bravery of the veterans who live there, our lives would be very different.

“They gave everything for us and the people of the United Kingdom. It’s right that we give something back. The residents of Broughton House deserve the best that we can give them.”

Shaun and the team visited Broughton House to hand over a cheque following their fund-raising efforts.

The NatWest colleagues completed the Wirral Circular Trail cycle ride in five hours then headed off for North Wales, where they slept overnight at the foot of Snowdon.

Shaun said: “The group defied blisters, aches and pains to set out at the crack of dawn to climb the mountain.

“It was cold and wet after 12 hours of torrential rain, and visibility was poor. But we managed to reach the summit and return to the base within seven hours.

“The soles of my 15-year-old boots came away on the way back down the mountain, so I tackled the final two hours of the journey in slippery conditions in my socks.

“The whole experience was tough but well worth it. Everyone showed great determination and teamwork and can be justly proud of their achievements.

“Special thanks go to David Meppem and Megan Lamprell from the team, as without them it would not have been possible. They planned the whole thing, including testing both routes, and Megan arranged our accommodation and all of our food and drinks.”

Broughton House chief executive Ty Platten said: “The NatWest team have raised a substantial amount of money to support the veterans who live at Broughton House.

“The team have visited the veterans several times and they appreciate why Broughton House is so important to the Greater Manchester public. We’re extremely grateful for their hard work and for their contribution to the welfare of our veterans.”