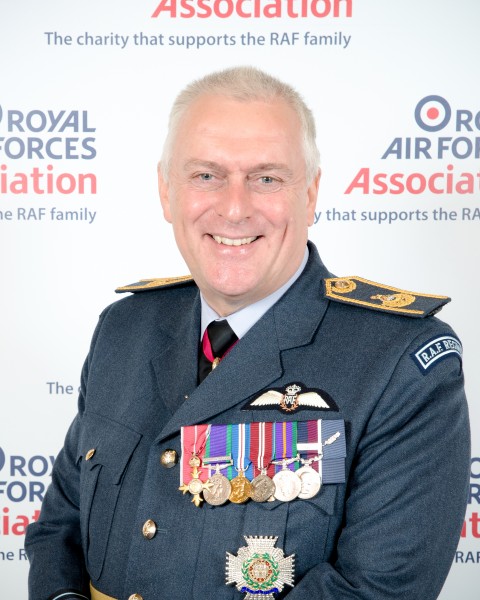 In his new role, Sir Baz will join the charity’s board of trustees and play a key role in ensuring the Association continues to provide world-class support to the RAF family.

Sir Baz joins the RAF Association team following a distinguished career of 35 years with the Royal Air Force. In 2006, he commanded No 83 Expeditionary Air Group in the Middle East before returning to the Ministry of Defence as its Director of Air Resources and Plans. He was subsequently appointed Air Officer Commanding No 22 (Training) Group.

Following a tour as the Assistant Chief of the Air Staff in the Ministry of Defence, he was promoted to Air Marshal in 2013 and appointed the RAF’s Deputy Commander Capability and Air Member for Personnel and Capability. He was appointed KCB in the New Year’s Honours list 2015 and retired from the RAF in 2016.

Sir Baz has been a member of the RAF Association since 2003.

“The face-to-face support and welfare services that the Association provides for so many members of the RAF family across the world is invaluable; as a former RAF serviceman myself I am delighted to be given the opportunity to give something back to those who have served our country so professionally while proudly wearing the RAF’s uniform.”

“Our’s is a thriving Association with a membership that has grown by over 20,000 in the last three years while experiencing a 46% increase in demand for our welfare support in the same period.  There is a great deal to do to meet this need, against a background of increasing pressure on the social care system, an aging population and a high operational tempo for serving RAF personnel.

“I am extremely honoured to be asked to serve as the President of the Association and l look forward to working with the executive team and my fellow trustees to guide the organisation through the regulatory changes that the charity sector will face over the next few years. I trust that together we will continue Sir Dusty’s legacy and energetic support of members of the RAF family across the country.”

“On behalf of the Board of Trustees, I am delighted to welcome Sir Baz as the RAF Association’s new President. His experience as a senior RAF commander, including being Air Member for Personnel, brings a huge amount of knowledge and insight that will help guide the Association in providing the best support possible to the RAF family. I look forward to working closely with Sir Baz as we continue to grow the organisation, and meet the many challenges facing the charity sector.

“I would also like to take the opportunity to publicly thank our out-going President, Sir Dusty Miller, whose inspirational leadership and dedication had a hugely positive impact on the Association.”

Whether it’s an injured airman fighting to get back on his feet, a young child missing their parent away on overseas operations, or a World War II veteran needing a shoulder to lean on, we are here to help all generations of RAF personnel and their families.  We also support serving families if they need us.  We give practical, emotional and financial support.

Across the UK in 2016 the Association carried out 13,800 home visits, helped tell thousands of bedtime stories to children whose parents were away on operations, and gave tailored holidays to 2,500 RAF veterans, widows and family at our Wings Break hotels. Our support ranges from simply providing conversation and friendship to preparing and submitting application forms for financial assistance.