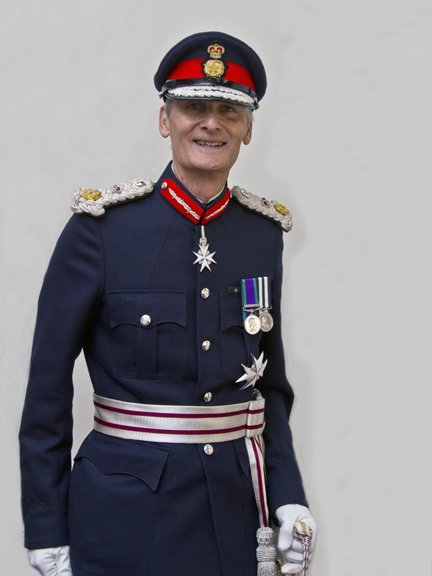 Mr Atkinson assumes the role at a significant time for the SSAFA Hampshire Branch.  Although the last year has been challenging, the team have embraced technology and streamlined procedures to continue their work throughout the Covid-19 pandemic and support the local Armed Forces community.

As the county emerges from the pandemic, there are very clear signs that the charity will be called upon by even more veterans and their families for the help that SSAFA Hampshire provides.

Mr Atkinson takes up the reins from Lady Mary Fagan, who has retired as President of SSAFA Hampshire after 10 years.

“We are really delighted that the Lord-Lieutenant has agreed to become our President.  Having served for six years in the Royal Green Jackets, and being both an Honorary Captain in the Royal Navy and the Honorary Colonel of the 4th Battalion of the Princess of Wales’s Royal Regiment, as well as holding other honorary military titles, he has immense Armed Forces experience to bring to the role.

“This makes him ideally placed to help us serve the Armed Forces community in Hampshire.”

You can find out more about the support that SSAFA Hampshire gives to the Armed Forces community, and how you can become involved, at ssafa.org.uk/hampshire