A local woman from Selby, North Yorkshire held a charity darts tournament memory of her son to raise money for SSAFA, the Armed Forces charity. 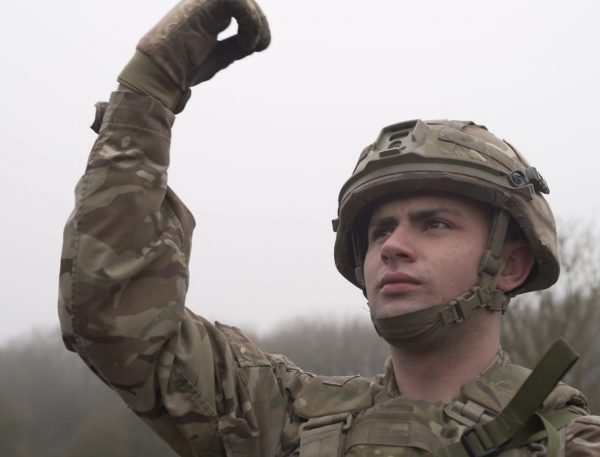 Janette Thompson has raised more than £450 for SSAFA, the Armed Forces charity after holding a darts tournament in memory of her son, Bradley Parks-Duckett, who tragically took his own life on July 27, 2019.

Bradley served in 26 Engineer Regiment, part of the Royal Engineers, based in Tidworth and was diagnosed with bipolar in April 2019, just three months before he took his life.

Bradley was in the process of leaving the Army after four years’ service; he would have been discharged in February 2020.

“My son Bradley was always one for having some sort of uniform on at nursery, whether it was police fire or army. So, it was obvious he would do some form of career in uniform.”

“From being in cadets during school and graduating at Harrogate. He became a sapper, transferred down to Tidworth 26th regiment.

“27th July 2019 – the day that broke us all. My handsome lad took his own life. So now we are trying to raise awareness of this by raising what we can with the Bradley Parks-Duckett memorial darts tournament. We have raised £450 this year and hoping next year will be bigger and better.

“We want Bradley to be remembered and keeping his name alive is one way. We were always proud and always will be proud of him. We want change for our soldiers and get the help they need.”

The charity darts tournament was held at the Working Men’s Club in Selby. Some 27 people took part in the competition, and the event had an attendance of around 60 people. The winner was Arron Shaw and runner up was his brother Darryl Shaw.

A raffle was also held at the event with a variety of prizes donated by local businesses and friends; prizes included two tickets to see Lewis Capaldi at the open-air theatre in Scarborough.