ABF The Soldiers’ Charity congratulates Northern Irish music teacher and soprano, Clara Wilson, on being awarded the Montgomery Bowl for her dedicated fundraising and support to the charity during the past eight years. 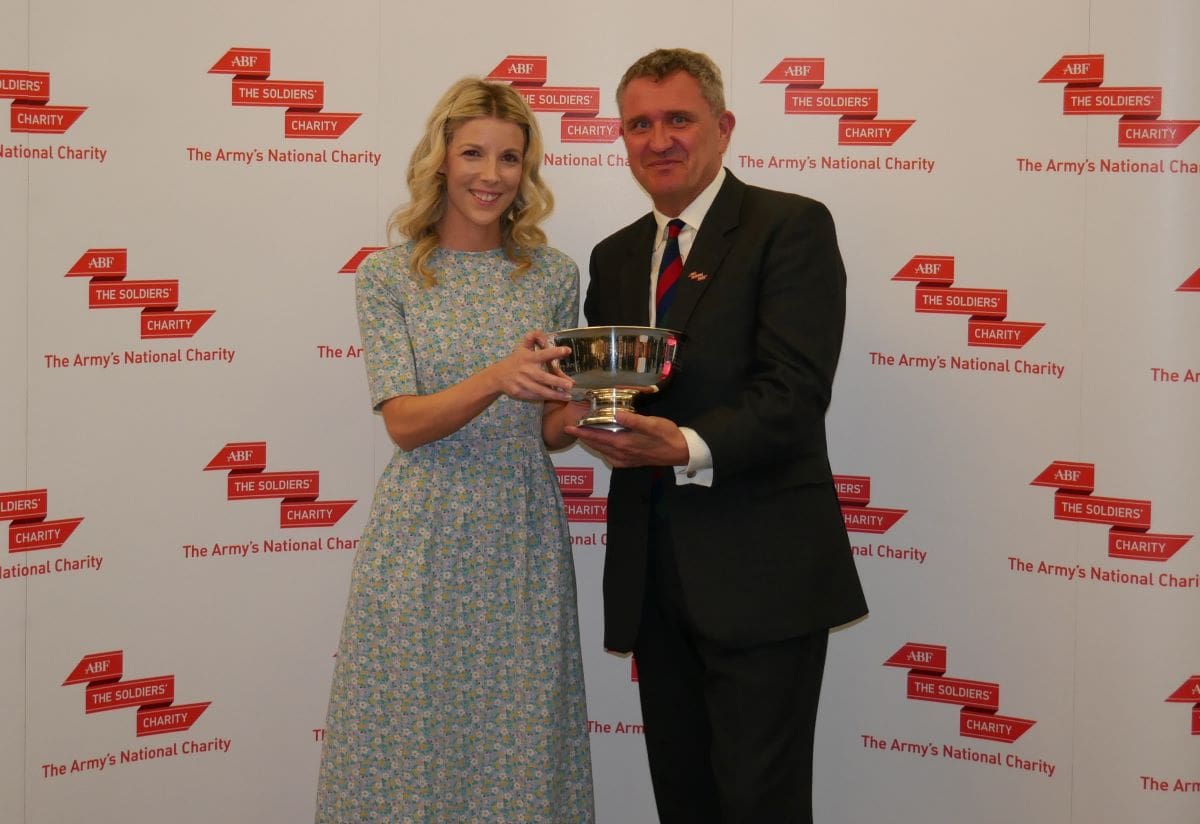 Clara, who teaches music and runs businesses in Lisburn, was first introduced to ABF The Soldiers’ Charity in 2014 by a friend in The Royal Irish Regiment band. She is also a very talented soprano who has performed at several fundraising concerts and events presented by our charity in Belfast.

In 2014 Clara performed brilliantly at their Great War Commemoration Concert, which raised over £22,000, and our Ulster At War Concert in 2018, which raised over £17,000. During the past eight years she has been an enthusiastic supporter of the charity’s work, helping to raise over £10,000 in street collections and sharing her CDs free to raise funds at events.

“On behalf of the Army family we are proud to award Clara with our highest accolade in recognition of her outstanding support for our work helping soldiers, veterans and their families. I know I speak for our charity’s staff in Northern Ireland in expressing our deep appreciation to Clara for sharing her wonderful voice and musical talent and being such an inspiration.”

The Montgomery Bowl is our highest accolade and is named after Field Marshall Bernard Law Montgomery of Alamein, who played a central role in our charity’s establishment in 1944.