You are here: Home / News / News / Nottinghamshire blind veteran to march at Cenotaph on Remembrance Sunday

Nottinghamshire blind veteran to march at Cenotaph on Remembrance Sunday 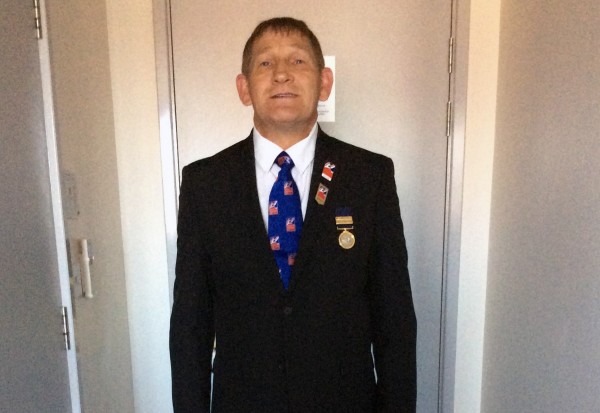 A blind veteran from Nottinghamshire is set to march at the Cenotaph in London this Remembrance Sunday (12/11) with the charity Blind Veterans UK.

Andy Stowe, 61, from Mansfield, is being supported to do this by local Specsavers stores including in Crystal Peaks. The store will be raising money from 6 to 12 November to help send blind veterans, including Andy, to march.

Andy will be marching at the Cenotaph in London with more than 100 other blind veterans supported by Blind Veterans UK, the national charity for vision-impaired ex-Service men and women.

Andy says: “I served during the time of the Falklands War, and it’s that period I think of during Remembrance. I taught a number of engineers who went out and served there, and I remember how closely everyone monitored the news at the time for updates. I’ve never marched at the Cenotaph before so this is a dream come true for me.”

Andy served as a Chief Petty Officer in the Royal Navy from 1973 to 1986.  He served at HMS Fisgard, HMS Cardiff, HMS Edinburgh, HMS Caledonia and HMS Kent and worked as a mechanical engineer, and later as an instructor in engineering and maintenance for new recruits. 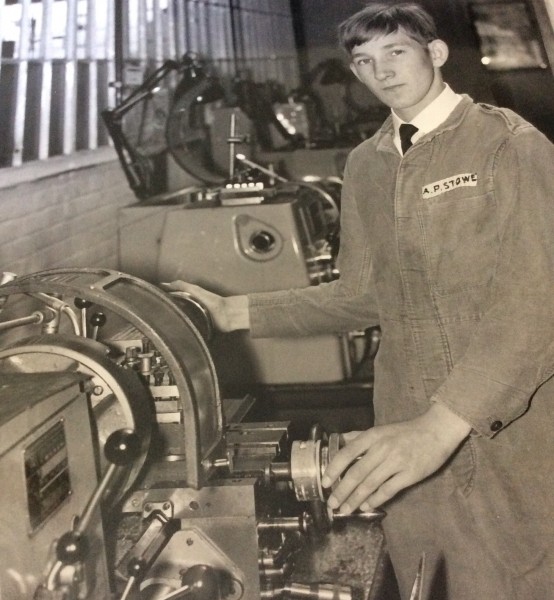 Andy says: “I was a sea cadet who had always dreamed of being in the Royal Navy and it didn’t disappoint. I made good friends and I really enjoyed my work as an engineer. It was an experience that set me up well for later life, both in terms of the discipline and the independence it fostered.”

Andy began to lose his sight due to glaucoma in 1994, and he was told by doctors that unless he underwent a series of operations he was likely to become completely blind. Andy has since undertaken treatment to slow the progression of his sight loss, but it has had an impact on his life.

Andy says: “I felt very frustrated initially and I didn’t want to admit it was happening. I feel grateful that treatment means I still have some vision, but it has affected me. For instance now I have to plan things well in advance because I can’t drive.”

Andy found out about the support of Blind Veterans UK through his father-in-law, who served in the Royal Tank Regiment. He joined the charity in 2014.

Andy says: “Blind Veterans UK has been absolutely fantastic. I was greeted as though I was a member of the family and had been known to them for years.”

Andy took an induction week at one of the charity’s rehabilitation centres, and has received equipment such as a talking watch, a talking tape measure and a talking pen for labelling food items. Andy has also taken a course in woodturning, which he particularly enjoyed.

Andy says: “It was absolutely amazing to get hands on in a way I thought my sight loss would stop be from doing. The staff at Blind Veterans UK even gave me some equipment to take home, which means I can carry on pursuing woodturning as a hobby.”

Andy is set to march with other vision-impaired ex-Service men and women supported by Blind Veterans UK as part of the national Remembrance Sunday commemorations in London on Sunday 12 November 2017. The Crystal Peaks Specsavers store will be collecting money in-store and donating £1 from every eye test to help get Andy and all the other blind veterans there from 6 to 12 November. You can support their activity online at blindveterans.org.uk/helpandy

Chief Executive of Blind Veterans UK, Major General (Rtd) Nick Caplin CB says: “Remembrance Sunday is always a very poignant time for our blind veterans and it is fantastic that Specsavers is able to support them to get to march at the Cenotaph.”