You are here: Home / News / News / Parents raise £3,000 in memory of their son for Armed Forces Charity

Parents raise £3,000 in memory of their son for Armed Forces Charity

John and Rachel Parks have raised just over £3,000 in memory of their son, Bradley Parks, who tragically took his own life on 27th July 2019. Bradley’s parents hope to raise awareness about the importance of mental health and help others who are suffering by supporting and donating to SSAFA, the Armed Forces charity. 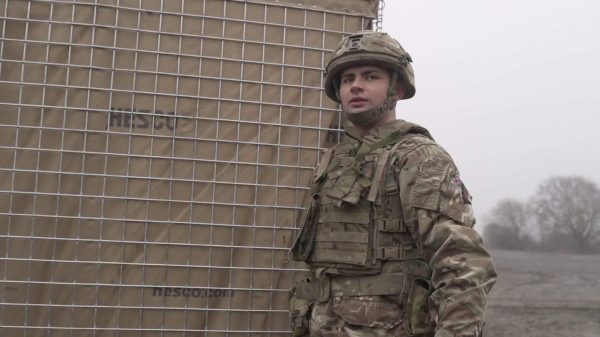 Bradley served in 26 Engineer Regiment, part of the Royal Engineers, based in Tidworth and was diagnosed with bipolar in April 2019, just three months before he took his life.

Bradley was in the process of leaving the Army after four years’ service; he would have been discharged in February 2020.

Bradley’s parents raised £900 for SSAFA at their son’s funeral. Between August 2020 and July this year they ran monthly activities to raise money which included raffles, online fundraisers and bake sales, collecting an amazing £3,000.

“After we got over initial first anniversary, we decided we needed to have a focus. We want to raise awareness about mental health and help others.”

“We hope to continue doing what we can for SSAFA in memory of Bradley. We hope we are doing him proud. He has left a big hole in our hearts and family life, but we will make sure he lives on within us. He will never be forgotten we love and remember him always.”

John and Rachel would like to thank the local business for all the donations and if anyone would like to donate raffle prizes in the future, please contact the Warmsworth Road Post Office on 01302 853538.