You are here: Home / News / News / Pay tribute to the fallen with the Poppy Field Project

Pay tribute to the fallen with the Poppy Field Project 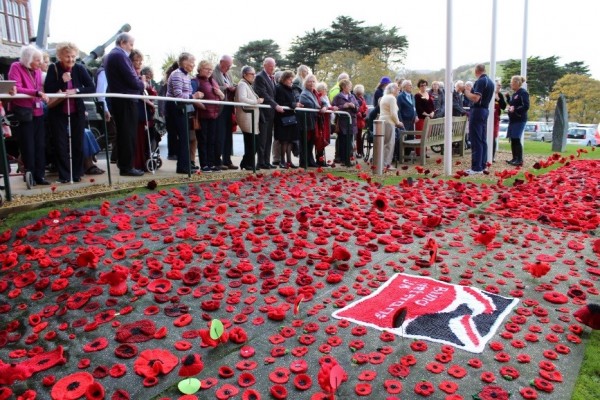 A local military charity is inviting residents to take part in the creation of a blanket of poppies, which will serve as a tribute to the fallen soldiers of our nation.

Blind Veterans UK, the charity for blind and vision-impaired ex-Service men and women, is calling on local residents to knit, crochet and stitch together a beautiful tribute to our fallen soldiers. The Poppy Field Project, now in its second year, will be a blanket spread of poppies created by the charity and its supporters.

The charity, which provides free lifelong supporter to vision-impaired veterans, first undertook the project last year, with staff, veterans and supporters alike working together to create the blanket of poppies.

Victoria Beech, Regional Fundraiser for Blind Veterans UK, explains: “Poppies were knitted and crocheted to create a blanket spread outside our training and rehabilitation centre in Llandudno. It fell on our annual Military Week and was a huge success.

“This year, following enquiries from external individuals and groups, we are actively encouraging those from outside the organisation to get involved.”

Those who register to take part will receive a pack containing patterns to create knitted and crocheted poppies, enough wool to complete one poppy project and a home collection box for donations. A ‘Remember the Fallen’ note card will also be included, onto which participants can write their own messages. Registration costs £3.