You are here: Home / News / News / Physiotherapist and Team GB athlete from Sheffield to take on London Marathon for military charity 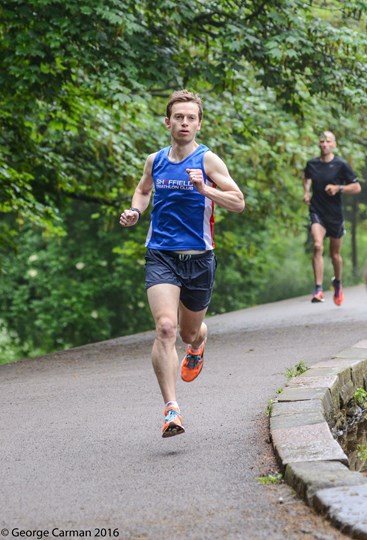 A physiotherapist and Team GB athlete from Sheffield is competing in the London Marathon this April for Blind Veterans UK, the national charity for blind and vision-impaired ex-Service men and women.

Steve Canning, 37 and originally from Haywards Heath, Sussex, will be competing in the world famous event for the third time, and will be running in honour of his Great Grandfather, Leonard Howell, who received support from the charity over 100 years ago and created a legacy which continues to inspire his family to this day. He says: “Leonard fought in the Battle of the Somme in 1916 until a shrapnel wound left him completely blind. Upon returning to the UK, he was contacted by Blind Veterans UK, which was still very much in its infancy in those days. They initially helped him train as a masseuse, wherein he joined the Incorporated Society of Trained Masseuses. It was after that that he trained to become a physiotherapist.”

The profession of physiotherapy has now stuck with the family, with Steve himself a fourth-generation practitioner. He explains: “My Grandfather, Bryan, trained to become one himself, as did Bryan’s children. I grew up above the family practice and from as young as I can remember, I always wanted to follow in the family footsteps! I studied in Sheffield and haven’t looked back since. The family practice is still going in Haywards Heath, though, both my uncle and aunt work there still.” 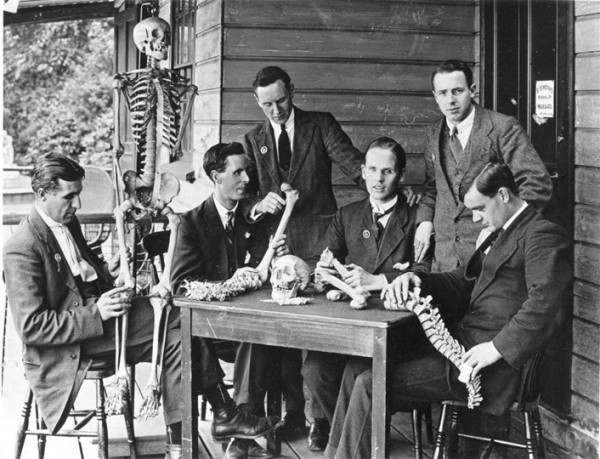 He continues: “I was too young to remember meeting Leonard myself but I heard so many family stories, it’s clear just how much of an inspiration he was for so many. One of our family members has written a book about him, and he himself was quite into his poetry; he even wrote one about Louis Braille! There’s an incredible black and white photo of him learning about the human body with a number of other blind veterans, including Sir Arthur Pearson, who founded the charity. I have it on my wall in my practice and get asked about it all the time – I absolutely love it. ”

Steve’s familiarity with the charity from such a young age, allied with the 100 anniversary of the Battle of the Somme, which took place last year, meant he was motivated to help the charity continue its support of blind and vision-impaired ex-Service men and women.

Outside of his profession, Steve is an accomplished sportsmen, having completed the London Marathon on three separate occasions, as well as the York, Manchester and Edinburgh courses. In addition, he has represented Great Britain in both the World and European Triathlon Championships. This year, Steve has his sights set on bettering his own personal best of two hours 45 minutes; an inconceivable prospect for most, though for Steve, it simply means a relentless and punishing training schedule.

He says: “If you finish under two hours 45 minutes you get into the championship category for the next time, so that’s what I’m aiming to achieve. It’s going to be another six weeks of hard training but it’ll be worth it. I’m currently running at least 50 miles a week and I recently took part in an event called the Grindleford Gallop, which was a lovely hilly course that ran through the Peak District and into Chatsworth Estate.”

To support Steve as he takes on the London Marathon for Blind Veterans UK, please visit: justgiving.com/fundraising/SCanning