You are here: Home / News / News / Pipers answering the call to remember ‘The Forgotten Dunkirk’

Pipers answering the call to remember ‘The Forgotten Dunkirk’

Pipers from all over the world have been signing up to pay tribute to the thousands of Scots who were killed or captured during “the forgotten Dunkirk” 80 years ago.

The lesser-known battle of Saint-Valéry-en-Caux is being memorialised by three leading Scottish Armed Forces charities. More than 200 pipers from 16 countries across five continents have already agreed to play the haunting pipers march, Heroes of St Valéry, on 12th June. Given the level of interest so far, organisers are hoping it could end up being the biggest-ever pipe-playing event in history. 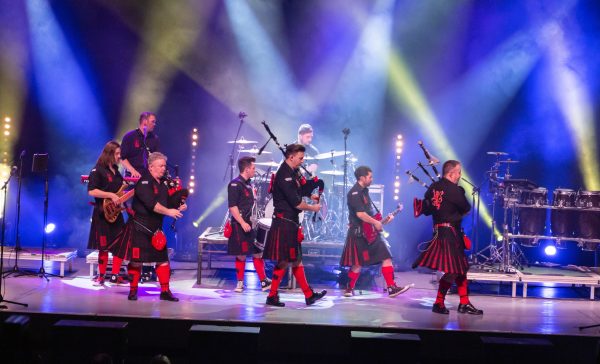 Amongst the most prominent pipers is Willie Armstrong, one of the founding members of Celtic rock band The Red Hot Chilli Pipers. Willie, who served in the Royal Navy for four years and is a retired Fire Service Officer, said:

“I’m delighted to be involved and it’s amazing to see the global piping community come together for such an important commemoration, especially alongside charities that are very close to my heart.

“Heroes of St Valéry is a tune I’ve been playing for decades. It is going to be incredibly moving to play Donald MacLean’s iconic march exactly 80 years on from when he was captured at the Battle of St Valéry. More than 200 pipers have registered to take part in just over a week, and I’m really hopeful that more will sign up in the coming days.”

Lewis-born Pipe Major Donald MacLean enlisted in the Seaforth Highlanders in 1940 when Nazi Germany invaded France, and he was subsequently attached to the 51st Highland Division. A week after the mass-evacuations from Dunkirk, the 51st remained on the continent under French command. They put up a fierce final defence against the Nazi onslaught, but, after more than ten days of intense fighting, exhausted and depleted of ammunition, plans for a Dunkirk-style evacuation were put in place. 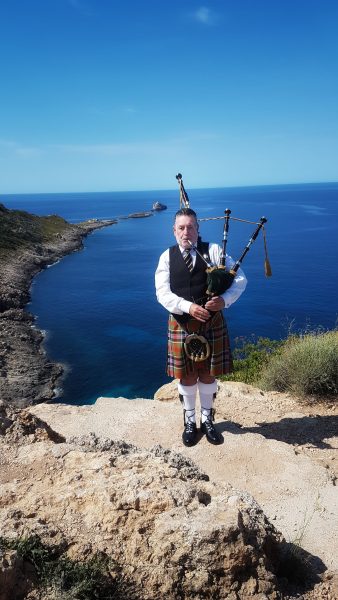 A combination of poor weather and the proximity of German artillery made escape impossible and the Division was forced to surrender on 12 June 1940, following a final battle at St-Valéry-en-Caux, a fishing port west of Dieppe. Donald survived a harrowing forced march from France to Poland with little food or shelter and was held as a PoW for the remainder of the war. He went on to compose Heroes of St Valéry to commemorate those who fought and fell there, including the pipers and drummers who rest in the well cared for military cemetery above the town.

Legion Scotland, Poppyscotland and RCET: Scotland’s Armed Forces Children’s Charity have joined forces to organise the tribute, which will also include online learning resources for young people, virtual tributes and a fundraising campaign to support the vital work of these important military charities.

Neil McLennan, University of Aberdeen Director of Leadership Programmes and RCET Director, has been convening the St Valery 80th Commemorations Committee. He said:

“We have been overwhelmed by the response so far. There are pipers signed up from as far afield as Peru and Singapore, with scores more joining up every day. The world record for the largest ever piping ensemble saw 333 participants at an event in Bulgaria in 2012.

“Due to the global pandemic this will be a virtual rather than physical event, but, given the level of interest we have received to date, our hope is that it will be the largest mass playing of the pipes ever.

“The events at St Valéry in 1940 have never received the level of recognition we believe they should, but we hope this year’s commemoration will put that right and ensure the ‘Forgotten 51st’ are forgotten no more. As we can see, people across the world are moved by the story and want to commemorate together.”

At 10am on 12 June 2020, pipers up and down Scotland and all over the world will take to their doorsteps to play Heroes of St Valéry. Pipers, and other musicians, of all ages and abilities are being invited to download the sheet music and learn the piece over the coming weeks. The public is being asked to support the St Valéry tribute through a fundraising campaign which will support the work of the three charities.