You are here: Home / News / News / Pipers called on to memorialise ‘The Forgotten Dunkirk’

Pipers called on to memorialise ‘The Forgotten Dunkirk’

Pipers across Scotland are being invited to join a poignant tribute to thousands of Scots who were killed or captured during “the forgotten Dunkirk” 80 years ago. The lesser-known battle of Saint-Valéry-en-Caux is being memorialised by three leading Scottish Armed Forces charities, and pipers are being asked to play a leading role. 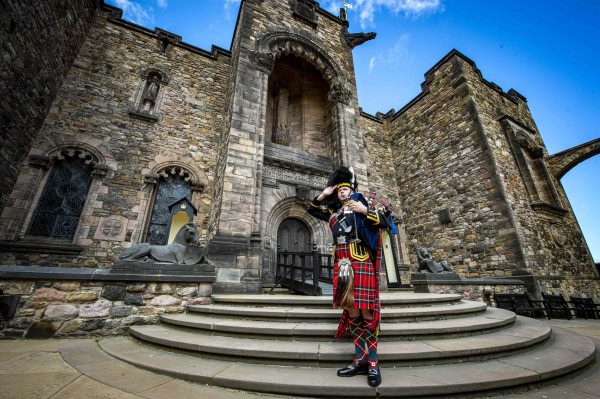 On 12 June 1940, just days after the successful mass-evacuations at Dunkirk, thousands of British troops remained on continental Europe under French command. Largely comprised of men from the 51st Highland Division, they fought almost continuously for ten days against overwhelming odds until eventually surrounded at St Valéry.

However, a combination of fog and the proximity of German artillery above the town prevented the awaiting flotilla of ships from reaching shore. Those who were not killed in the fierce fighting, or fell to their deaths from the cliffs trying to escape, were captured and marched hundreds of miles to Prisoner of War camps in Eastern Europe, where they endured appalling conditions for five long years. 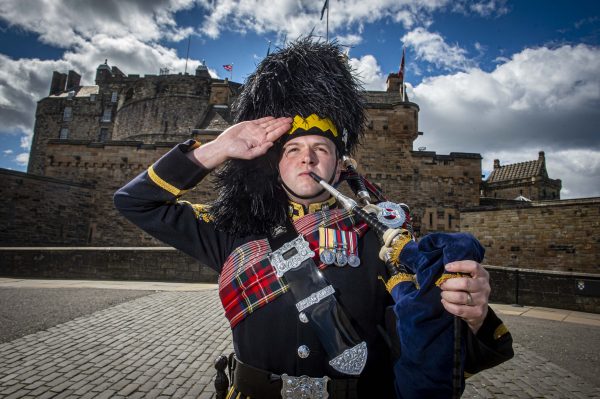 At 10am on 12 June 2020, pipers up and down Scotland will take to their doorsteps and play the haunting pipers march, Heroes of St Valéry. Pipers, and other musicians, of all ages and abilities are being invited to download the sheet music and learn the piece over the coming weeks.

Legion Scotland, Poppyscotland and RCET: Scotland’s Armed Forces Children’s Charity have joined forces to organise the tribute, which will also include online learning resources for young people, virtual tributes and a fundraising campaign to support the vital work of these important military charities.

Dr Claire Armstrong, Chief Executive of Legion Scotland, said: “It was incredibly moving to see the country join together to commemorate the 75th Anniversary of VE Day last week – particularly in such challenging circumstances. While this was a day to celebrate, it is vital that we also remember less triumphant periods of our history. The ‘Forgotten 51st’ should be forgotten no more.”

The first piper to sign up was Pipe Major Ben J Duncan, from The Royal Scots Dragoon Guards Pipes & Drums, who previewed the Heroes of St Valéry from the doorstep of Edinburgh Castle at the weekend, which, like other public buildings across the country, is currently closed due to the lockdown.

Ben, who is based at Leuchars and lives in Edinburgh, said:

“As soon as I heard about the plans to mark the 80th anniversary of St Valéry I wanted to get involved. While the country may still be in lockdown, this is a great way for such a significant but little-remembered event in our history to be properly commemorated, while still staying safe at home.

“Piping is something that brings people across the world together, and while we aren’t able to do that in person at the moment, it’s wonderful to think that we can all be part of this important tribute virtually.”

“The 51st Highland Division – initially about 20,000 strong – comprised nine battalions of the Highland infantry regiments with supporting arms and services, including elements from England.

“They had been detached from the British Expeditionary Force (BEF) and therefore managed to escape encirclement around Dunkirk. Instead, from 4th June they were conducting a fighting withdrawal west from the Somme under French command. The speed of the German advance was such that they, and part of the French army, were cut off, despite hopes that they would escape through Le Havre.

“Part of the Division did get to Le Harve to secure it for evacuation and escaped, but the remainder were cut off and surrounded at the little fishing town of St-Valéry-en-Caux. Not unlike Dunkirk, a flotilla of 67 Merchant ships and 140 small vessels were organised and despatched from British Ports, but the inclement weather and the German artillery overlooking the town meant any evacuation on the night of 11 June was impossible.

“General Fortune commanding what remained of the Division considered all the options – a counter-attack, further resistance, retaking the town, but, against this, there was no possibility of evacuation or support. The men had been fighting almost continuously for ten days against overwhelming odds. They were exhausted and virtually out of ammunition, with no artillery ammunition at all. Shortly before 1000hrs on 12 June, General Fortune took the most difficult of decisions – to surrender.”

“There can hardly have been a town, village or hamlet in the Highlands and beyond which was not directly affected by the loss. While events such as Dunkirk, D-Day and VE Day are rightly commemorated, it is time that the memory of those who fought and fell at St Valéry are remembered in a national tribute for the first time.”

The public is being asked to support the St Valéry tribute through a fundraising campaign which will support the work of the three charities. Poppyscotland provides life-changing support by providing tailored funding and assistance. The charity also funds services in advice, employment, housing, mental health, mobility and respite. Legion Scotland is the largest ex-Service membership charity in Scotland and provides services covering remembrance, comradeship and befriending. RCET is Scotland’s Armed Forces Children’s Charity. The charity funds services in family support, respite, education, youth participation, wellbeing and policy work to ensure that all Armed Forces children in Scotland can reach their full potential.