A Pro-boxer and veteran from Sheffield has raised over £2,000 for SSAFA, the Armed Forces charity, after initially aiming to reach the target by D-Day on June 6 2021. 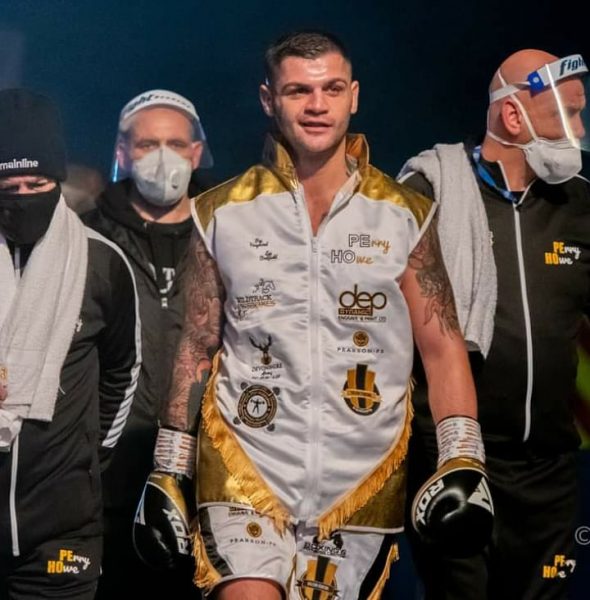 From September 2020, Perry Howe has been selling his boxing merchandise with £1 of every purchase going towards SSAFA, the Armed Forces charity. The boxer has also raffled off tickets for his shows in support of SSAFA.

Perry served in the Royal Engineers, joining up at age 16 and serving for 5 and a half years.

When he left the Forces, Perry struggled to transition into civilian life and fell on hard times, which resulted in him becoming homeless.

“I was living homeless in the woods. It was dark times, but my military experience got me through.”

In his time of need, Perry reached out to SSAFA who helped him find a flat and provided him with furniture.  The help from SSAFA allowed Perry to get on the right path that led him where he is today, competing in his third professional boxing match.

“SSAFA probably saved my life. Once I told people, it got better.

A lot of veterans don’t release they are entitled to help. You have served your country, you have signed on that dotted line, don’t be too proud to ask.”

Perry will continue to fundraise for SSAFA as his chosen charity. His next professional fight is on June 18. If you would like to donate, follow this link: justgiving.com/fundraising/Perry-Howe