You are here: Home / News / News / RAF Association membership supports those who protect us

RAF Association membership supports those who protect us 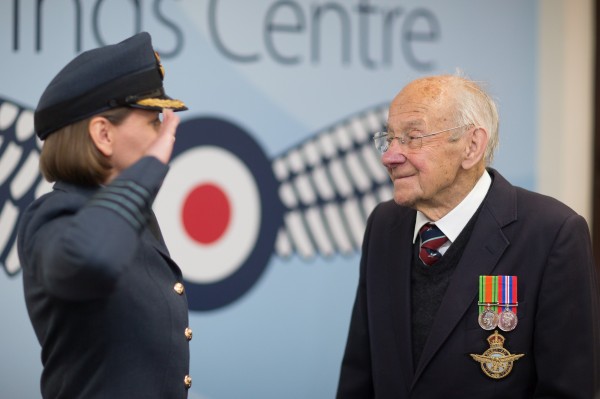 The RAF Association will join millions across the UK this Remembrance Sunday in honouring those who have served and still serve in the Armed Forces.

Those individuals put their lives on the line to protect all of us, but sadly, all too often, they need a little help themselves. The RAF Association does what it can to assist those that serve, veterans and their dependants through practical, emotional and financial support.

The RAF Association’s members and volunteers are supporting veterans all year round. People like Albert, who they helped apply for medals he was entitled to, or Ken, who was aided through difficult times by his RAF Association welfare support volunteer.

The RAF Association also helps people like Ken, who served in the RAF for 12 years. After a series of health problems in later life, Ken struggled financially and found himself without a home, money or family.

On the brink of taking his own life, the Association pulled him from a dark place. Securing him financial support and helping Ken rebuild his life and feel more positive about the future.

Elaine, whose 96-year-old stepfather served in the RAF during WWII, contacted the RAF Association about medals that he was entitled to from his service.

As part of training command based in Southern Rhodesia (now Zimbabwe), Albert trained learner pilots on Cornell and Oxford aircraft, clocking up an incredible 802 logged flying hours during the war. Aware her stepfather hadn’t been awarded all the medals he’d earnt during the WWII, Elaine visited the RAF Association’s Wings Centre in Preston for help in identifying what Albert was entitled to and to fill out all the right forms.

The medals were formally presented to Albert at a ceremony launching the Wings Centre, 72 years after he’d left the service.

Del Rowlands, Director of Membership at the RAF Association said: “By becoming a member, you can help people like Albert and Ken benefit from the life-changing support the RAF Association provides. As we seek to honour the fallen and those who have served us so bravely this November, it is a fitting act of remembrance.”

Membership is available to everyone, whether you are serving, have served or just support what the Association does. For more information visit: rafa.org.uk/join