The Royal Air Forces Association is sad to learn of the death of Dame Vera Lynn (103), who had strong links to our charity. 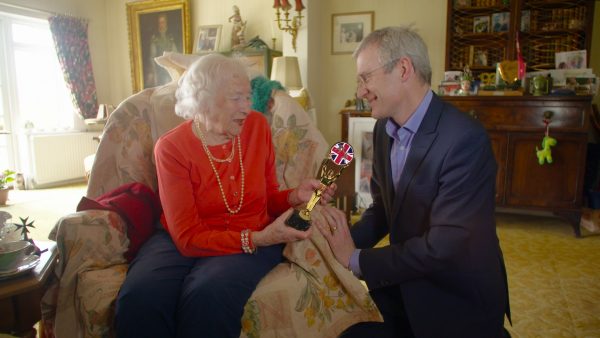 Dame Vera’s charitable work led to her appointment as an Officer of the Order of the British Empire (OBE) in the 1969 New Year Honours ‘for services to the Royal Air Forces Association and other charities’. She was then promoted to Dame Commander (DBE) in the 1975 Queen’s Birthday Honours ‘for charitable services’.

Dame Vera was a great supporter of many of our branches, including our Amsterdam Branch, whose Spring Charity Ball she attended for 21 years. She first attended in 1973, when she sang for guests who included HRH Princess Margriet of the Netherlands.

In 2016, the national Soldiering On Awards judges presented her (via her daughter) with an Outstanding Contribution Award. This prestigious accolade is given in recognition of an individual or organisation whose achievements are considered remarkable and significant to the Armed Forces and wider community.

An English singer, songwriter, and actress, Dame Vera’s performances were much-loved during the Second World War. Post-war, her career continued to flourish and she enjoyed ongoing popularity among listeners of all ages.

Last month, Dame Vera appeared in a virtual duet with Katherine Jenkins to sing one of her biggest hits, We’ll Meet Again, as part of the finale of the BBC’s coverage of the 75th anniversary of VE Day.

“We are incredibly grateful for Dame Vera’s many decades of support for the Association and wider RAF community, and we send our sincere condolences to her family and friends.”