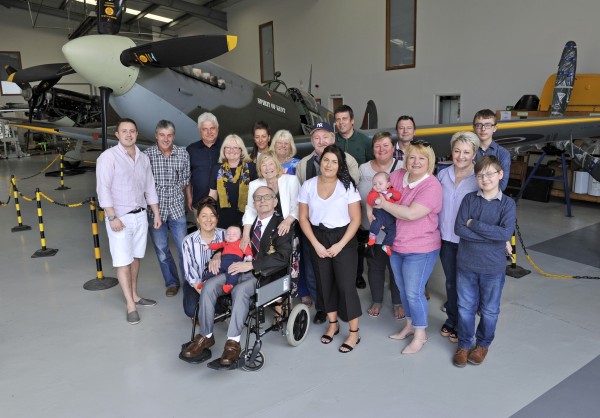 John Llewellyn and his family at Biggin Hill Heritage Hanger

The 76-year-old was overwhelmed by the lengths the RAF’s leading welfare charity went to, to fulfil his dying wish after he contacted them for practical help following a terminal cancer diagnosis. He was watched by his entire family, siblings, his three children, eight grandchildren including one watching online from Taiwan, and two new great-grandsons as staff at Biggin Hill Heritage Hanger helped him into the aircraft. Even Spitfire pilot Don Sigournay paid his own respects, dipping the wings of his Spitfire in tribute to John’s service as he flew past the hangar. 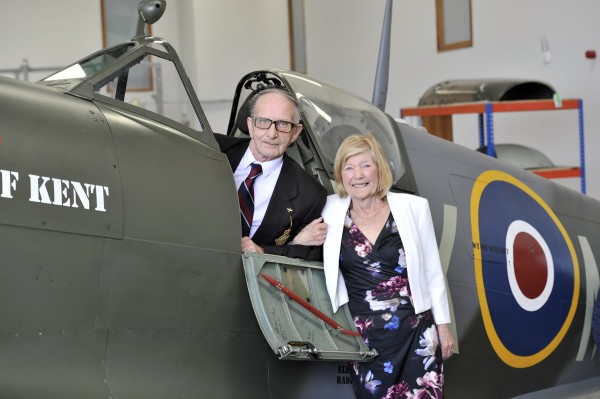 John’s daughter Tracy Weager said: “When I first told dad ‘get your flying jacket cleaned, we’re going to Biggin Hill’ he burst into tears. He said to me how did you know that was on my bucket list? Even though he worked on planes in the RAF, it was a childhood dream of his to sit in a Spitfire, as it was his favourite plane.

“On the day he was overwhelmed by it all. He could not believe that the RAF Benevolent Fund would do that for him, that they would go out of their way to make one of his dreams come true. He said it was beyond what he had ever imagined. Dad is usually a really talkative man, and he was just overwhelmed and sat back and took it all in.”

John’s love of the Spitfire began when as a young boy he watched the iconic aircraft fly in and out of Ringway Airport in Manchester and it was this experience which inspired him to join the RAF as soon as he could, aged 18 and a half. Happily for John his first posting as an armourer was spent working on his beloved Spitfire before he moved on to working with the Vulcan aircraft. 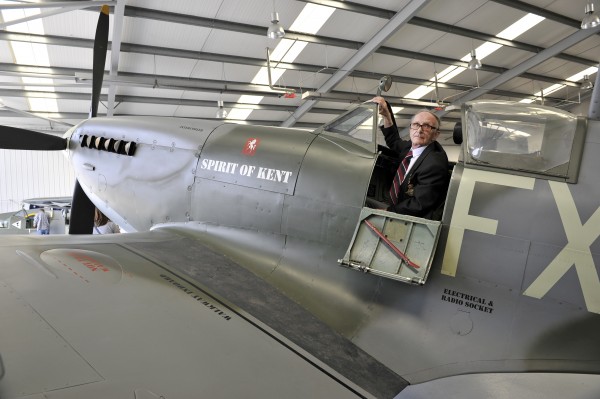 Sadly John fell ill during a tour to Borneo and the disease he contracted led to a loss of hearing in both ears and he was medically discharged in 1965. Then in the early 1980s, John was diagnosed with meningitis and had to have a metal plate inserted into his skull to halt the spread of the disease. Unfortunately this meant John could no longer work on a full-time basis.

In 1987, the RAF Benevolent Fund stepped in to provide support to allow John and his wife Magdalene to stay in their home in Gloucester where their three children had grown up and the Fund have been supporting the family ever since. When John first received his devastating cancer diagnosis, the Fund acted quickly to install a stair lift into the family home within a week, ensuring he could remain at home for as long as possible.

Tracy added: “Dad may not be a war hero, but he’s our hero and we can’t thank the RAF Benevolent Fund enough for all they have done for him and our family.”