As of 16 October 2019, Kidzone Cranwell Ltd, the nursery at RAF College Cranwell, will be run by RAFA Kidz. 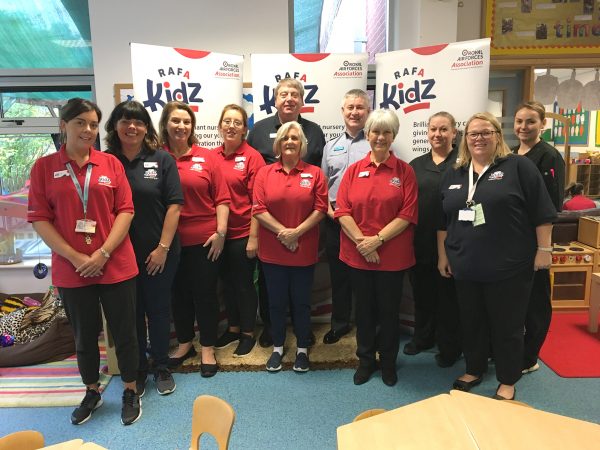 RAFA Kidz is a subsidiary of the Royal Air Forces Association, the charity that has supported the RAF family for many decades. It delivers fun, affordable and nurturing early years childcare in a welcoming environment on RAF stations.

“Access to childcare for serving RAF families is a key welfare concern. The Association has already responded by training the partners of serving RAF personnel to become registered childminders, but further discussions with Air Command identified that more support was needed. This led to the creation of RAFA Kidz.

“The nursery at RAF College Cranwell is rated as outstanding by Ofsted, so we look forward to maintaining the high standard set by the staff and management.”

“Future proofing quality affordable childcare and early years training for staff at Kidzone is extremely important to us. We look forward to working under the RAFA Kidz umbrella and continuing to support our families for years to come.”

When serving parents send their children to a RAFA Kidz nursery, they will also be supporting their RAF colleagues and the wider RAF family.

Any additional income generated by their nursery will be invested back into the nursery and into RAF welfare activities delivered by the RAF Association. Projects such as free station wi-fi, Storybook Wings and childminder training will all benefit.

RAFA Kidz is a wholly owned trading subsidiary of the charity, the Royal Air Forces Association. It delivers fun, affordable and nurturing early years childcare in a welcoming environment, on RAF stations.