Two snooker-loving RAF personnel are preparing to break a world record by playing 100 hours of the game, non-stop, to raise money for a national military charity. Sergeant Chris Bullen and Corporal Joel Pickersgill are attempting to play the longest snooker match ever recorded, at the Royal Air Forces Association’s Gateway Club in Newark, Nottinghamshire. 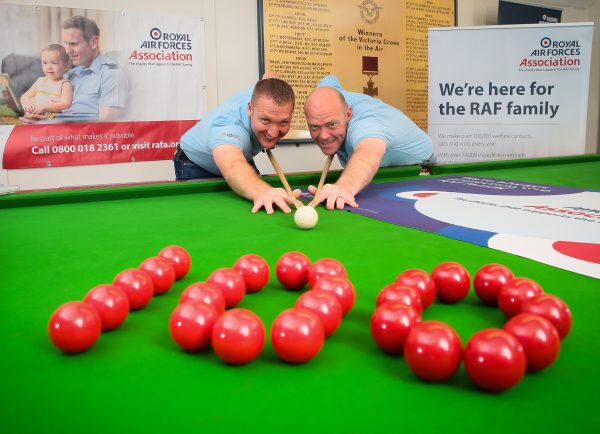 The two friends, who met at RAF Odiham eight years ago and bonded over a love for the game, started playing on Wednesday 5 June at 10am and plan to continue until 2pm on Sunday 9 June.

“The current record for the longest snooker singles marathon is more than 85 hours, according to Guinness World Records. We’ll be playing 100 hours because originally we wanted to be part of RAF100 in 2018, however I was posted to the Falklands so we had to put it off for a year.

“All the money we raise will go to the RAF Association, the charity which supports the RAF family. The Association has kindly allowed us to attempt this snooker marathon upstairs at their Gateway Club, and is even providing volunteers to help adjudicate the match.”

Because of Guinness World Record rules, the entire match must be witnessed by observers. The rules also allow Chris and Joel a five minute break every hour, which can be accrued.

“Sleep deprivation is going to be the hardest part of this challenge, but Joel and I are good mates and will keep going by bouncing off each other, plus we’ll have a steady supply of coffee on the go.

“I have colleagues and friends who were helped by the RAF Association, so we wanted to give something back to the charity. The local branch and club has been extremely supportive, and we aim to raise at least £1,000 for them.”

The record for the longest snooker singles marathon stands at 85 hours, 19 minutes and four seconds, and was set in Ennis, Ireland, in 2015.

“Chris and Joel’s superhuman efforts are hugely appreciated. We’ve made sure they will be supported during their marathon snooker session upstairs at the club with volunteers and refreshments, and wish them all the best.”

Chris and Joel have set up a JustGiving page for their cause, to donate visit https://www.justgiving.com/fundraising/joel-pickersgill1984?utm_id=22 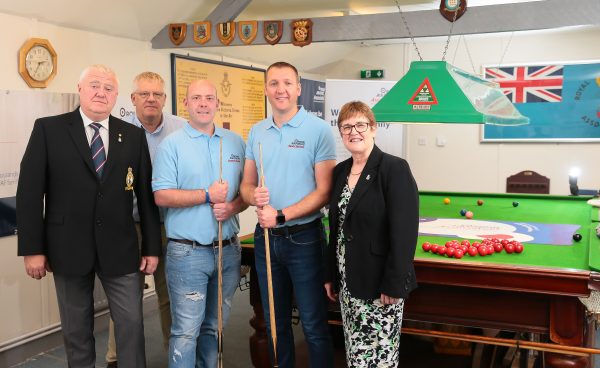 Whether it’s an injured airman or woman fighting to get back on their feet, a young child missing their parent away on overseas operations, or a World War II veteran needing a shoulder to lean on, we are here to help all generations of RAF personnel and their families. We also support serving families if they need us. We give practical, emotional and financial support.