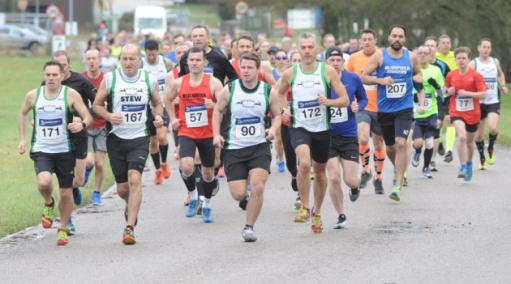 Although there was a lot of surface water on the airfield following the previous day’s record rainfall, the damp, windy conditions did nothing to put off people from taking part to help support the RAF’s leading welfare charity.

The run was kicked off by Station Commander, Gp Capt Cab Townsend who led the pack at the start but was quickly overtaken by some of those serving at RAF Marham and a number of elite runners from the local clubs.

“The Fund was proud to spend more than £183,000 at RAF Marham last year to help support the serving personnel based there, and we look forward to continuing to help the station and the wider RAF Family throughout 2018. Thank you so much to all who took part, it makes a huge difference to the work that we do. ”