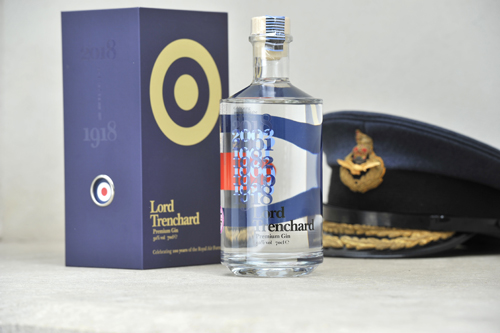 Lord Trenchard Gin has been created by military veteran and HDC Managing Director Chris Gillan, who founded HDC after a training injury ended his RAF career.  Chris struggled with the transition to civilian life after he was left facing homelessness following a flood which destroyed his property. He turned to the RAF Benevolent Fund for help and their support enabled Chris to turn his life around and inspired him to dedicate his career to giving back to military charities and helping other members of Britain’s Armed Forces community. 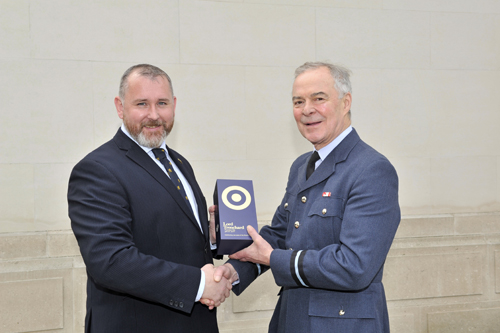 Lord Trenchard Premium Gin is named in honour of Hugh Trenchard, 1st Viscount Trenchard, who was the first Chief of the Air Staff in 1918 and founder of the RAF Benevolent Fund a year later.

Hugh Trenchard, Third Viscount of Trenchard of Wolfeton, said: “I am delighted to support this project and in doing so support the very worthwhile work of the RAF Benevolent Fund. I am proud to know that it was my grandfather, the first Viscount Trenchard, who first realised the responsibility we all have to care for members of the RAF Family, a responsibility which is met by the work of this incredible charity.

“I was heartened to discover Chris Gillan, founder of Heroes Drinks, is also a man who supports military charities with his products. I hope Lord Trenchard Gin is a huge success for all concerned – I’m rather looking for to trying it for myself!”

The gin is produced using a unique distilling processand blends 11 botanicals including savoury and fresh basil, zingy lemon and aromatic cardamom pods for a bold and distinctive flavour.  The bottle features the RAF logo and is presented in a luxury case.

Only 1918 have been produced and proceeds from sales will go to the RAF’s leading welfare charity, the RAF Benevolent Fund. The Fund has stood side by side with serving and retired RAF personnel and their families throughout the RAF’s history. The charity stands ready to answer the call for help with a wide range of welfare services covering emotional, financial and practical issues.

HDC founder and military veteran Chris Gillan said: “We have received numerous requests from Heroes Vodka customers to produce a gin and as an RAF veteran I felt that this was the perfect occasion to do so.  It has been an honour to work alongside the RAF Benevolent Fund to create a gin which, like the RAF, is second to none.”

The limited edition gin is priced £49.99 per 70cl bottle (plus P&P) and is available at to buy at LordTrenchardGin.com

Heroes Drinks Company: Heroes Drinks Company is a not for profit company that supports Britain’s military community. They produce Heroes Vodka, an award-winning British spirit that boasts the accolade of being the world’s first not for profit vodka.  The company provides employment and training opportunities for veterans and military spouses and donates a minimum 20% of profits to military charities. For more information visit www.heroesvodka.co.uk or @HeroesDrinks on Facebook and Twitter.