An RAF veteran has taken on the challenge of climbing the equivalent of the UK and Ireland’s highest peaks to raise money for SSAFA, the Armed Forces charity. 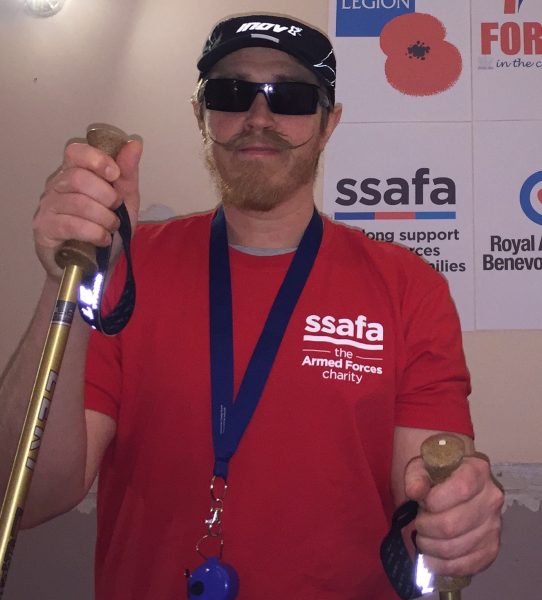 Ben Wilson, 43, from Gedling, Nottingham, is climbing the equivalent of Scafell Pike, Snowdon, Ben Nevis, Slieve Donard and Carrauntoohil on his stairs at home whilst on lockdown during the COVID-19 crisis.

Ben served in the RAF for nearly three years before a spinal injury obtained during training cut his career short. He received help and support from SSAFA Nottingham following his time in the RAF and diagnoses of PTSD and COPD as a veteran.

The challenge Ben has set himself is the equivalent of climbing five of the highest peaks of UK and Ireland – 2,433 flights of stairs and 34,062 individual steps.

“The help provided by SSAFA genuinely saved my life and I felt I had to give back to all the charities that helped me last year. The COVID-19 situation has given me the opportunity and time to do a challenge like this – it’ll be tough but worth it.”

If you would like to support Ben, please go to: https://uk.virginmoneygiving.com/Bens_3_Peaks_Stair_Challenge

SSAFA, the Armed Forces charity, has been providing lifelong support to our Forces and their families since 1885. In 2018, our teams of volunteers and employees helped more than 85,000 people in need, from Second World War veterans to those who have served in more recent conflicts, and their families. SSAFA understands that behind every uniform is a person. And we are here for that person – any time they need us, in any way they need us, for as long as they need us.