You are here: Home / News / News / Are you ready for the 24-hour life raft survival challenge?

Are you ready for the 24-hour life raft survival challenge? 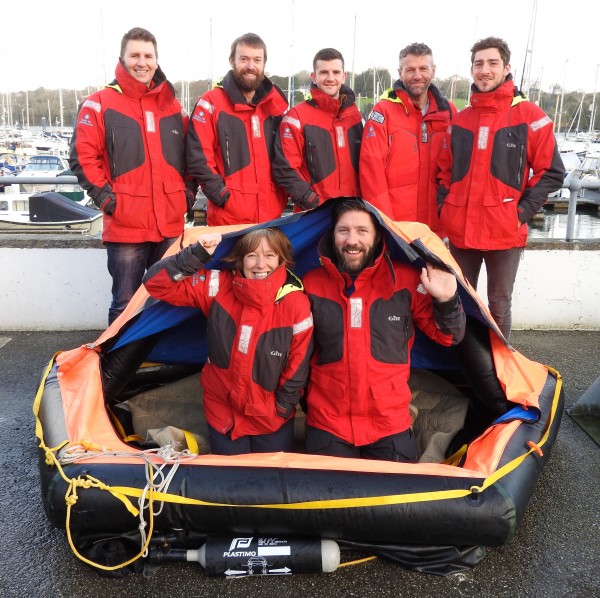 It will be cold, it could get windy, and it will definitely be wet!

A Cornish sailing charity is calling out for intrepid individuals prepared to leave their home comforts and spend 24 hours in a life raft for charity.

On Friday May 18, a team of brave volunteers will climb into an inflatable life raft and be floated out into Falmouth Harbour to battle the wind and waves. The day-long challenge aims to raise funds for Turn to Starboard, a sailing charity supporting Armed Forces personnel affected by military operations.

Volunteer Coordinator Neil Triggs, who is organising the event said: “This is the first year that Turn to Starboard has organised a 24-hour life raft challenge and we are looking for plucky individuals or teams who are willing to test their courage, endurance and teamwork skills. The challenge provides a chance to experience what it would be like to be cast adrift for real while also raising much-needed funds for Turn to Starboard.

“All equipment is provided, so those participating just need to climb aboard, sit tight and raise money for a good cause. We wish them the best of luck!”

For safety reasons, the life raft will be tethered onto buoys to prevent it being cast adrift for real, and a support boat will be on hand to check on participants every few hours.

Companies are invited to support the challenge by providing sponsorship of the life raft and kit, or provide hot food and drinks to help sustain participants through the day-long event. The challenge hopes to raise £2000 for the charity as part of its Float-A-Boat campaign – a charity challenge aiming to raise £100,000 during 2018 for a new training boat.

Turn to Starboard CEO and founder Shaun Pascoe is preparing to brave the elements and take on the survival challenge. He said: “While I’m not particularly excited about being sat in a cold and damp life raft for 24 hours, I am looking forward to being part of a such a fun and fantastic event which will ultimately help those affected by military operations.”

To be part of the challenge, contact Neil Triggs on 01326 314262 or email neil@turntostarboard.co.uk.

To make a donation to the challenge, visit turntostarboard.co.uk.

Photo caption: Are you brave enough to take on the 24-hour life raft survival challenge?