You are here: Home / News / News / Responding to the Chilcot Report

Responding to the Chilcot Report 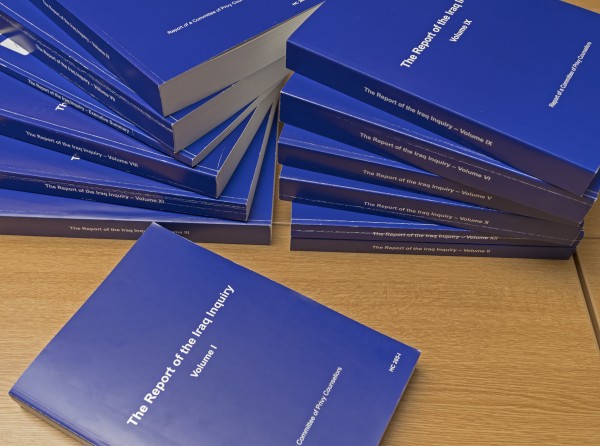 There have been many events which have made 2016 a year of note. For the Defence community, one such event was the publication of the Iraq Inquiry (Chilcot) report on 6 July. While media interest on Chilcot may have quickly shifted to other events, the Ministry of Defence (MOD) has continued to focus on the Report. Chilcot tells us an important story about our recent past and it is important that the Department responds to the lessons that can be drawn from his Report.

The Inquiry considered the whole period of the UK’s involvement in Iraq. The deployment in 2003 was one of the largest deployments of Britain’s armed forces since World War Two. From then until the final withdrawal of combat troops in 2009, the period covered by Chilcot, around 141,950 armed forces personnel deployed to Iraq.  And personnel are deployed there now to help train Iraq’s armed forces.  The Inquiry’s report took seven years to complete and looked at the way in which decisions were made by central Government, as well as considering how individual Departments operated.

For Defence one thing is clear: the armed forces performed in Iraq, as ever, with great professionalism, commitment and courage. As the Defence Minister Sir Michael Fallon explained,  ‘the initial war-fighting stage was a military success’ and subsequent failures ‘cannot and should not be laid at the door of those who did the fighting on our behalf.

However, there are important lessons contained within the report regarding the Government’s, and MOD’s, decision-making processes, adaptability and ability to think itself into the future.  Even if the media gaze is no longer focused on the Chilcot Report, Defence has recognised that it must learn the lessons it outlines.

As Sir John Chilcot told the Parliamentary Liaison Committee on 2 November, he was ‘clear that in particular Departments – the Ministry of Defence, not least – formal work around the “lessons learnt” and lessons to be taken from the Iraq inquiry report are under way’.

So it’s clear that the MOD has been taking action in response to the report, but what exactly is it doing?

Firstly, a Chilcot team led by a Director, Roger Hutton, was established to go through the report line by line to ensure that all those lessons relevant to the Department were identified.  Given the length of time the Inquiry took, many changes had inevitably already been made since the period it covered, and it has been important to understand where the issues raised in the Report have been addressed.  Through this work the team inevitably determined where further work is required to improve the Department’s performance.

The Chilcot team is now developing a programme of work to do just that. Amongst other aims, the programme will seek to:

The MOD is also contributing to the wider cross-Government response to the report, which will look at the central Government decision making structures and processes. It will also consider how we share information across Government and learn from best practice.

This is clearly important for Defence, and serving personnel and veterans alike will be interested in the lessons being learned.  We look forward to welcoming a representative from the MOD to our summer AGM to provide a further update on this work.