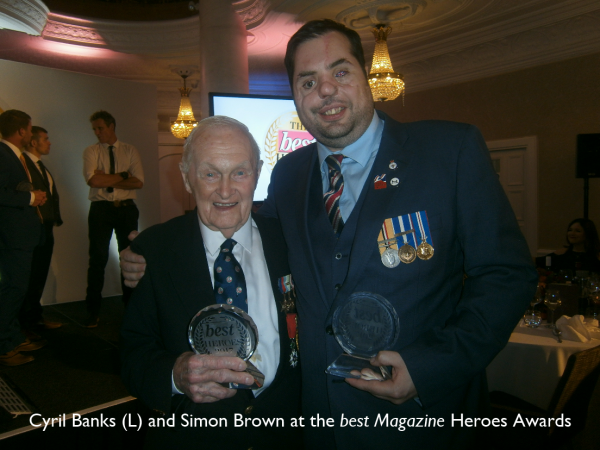 Congratulations to 92 year old Royal Navy veteran Cyril Banks, who received a best Magazine Heroes Award on Tuesday 17th October, in recognition of all his fundraising efforts for the military community! Cyril dedicates much of his time to supporting the Armed Forces community and is a long-standing friend of the Association. Not only does he attend nearly every NFA station collection, but he also organises an annual concert in aid of the NFA in his home town of Ugley. Cyril and 7 other Heroes were celebrated at an awards ceremony hosted by ITV’s Eamonn Holmes and held at the St Ermin’s Hotel in Westminster. The evening will be featured in best Magazine’s November edition. Well done, Cyril – a well-deserved accolade!