A veterans’ charity is asking runners to be part of VE Day this year and honour our armed forces personnel, past and present, by taking part in a 10k virtual challenge. 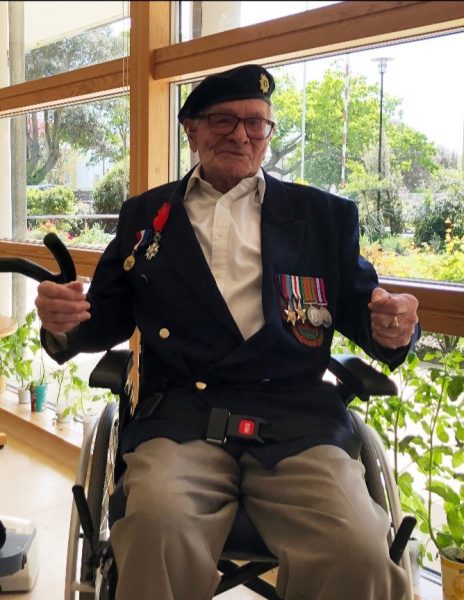 The virtual run takes place on VE Day 2021 on Saturday 8 May to mark the World War II anniversary of Victory in Europe, known as VE Day.

All proceeds will support Care for Veterans, a Worthing-based charity which provides care and rehabilitation for disabled veterans from all over the UK.

‘We are asking people challenge themselves to run 10k to commemorate those who risked everything for our freedom. This event is a great way to be part of the VE Day celebrations this year and to make a positive difference for our armed forces personnel. Explains James Bacharew, Head of Fundraising and Marketing at Care for Veterans.

He continued: “With so many people taking up running in lockdown, this 10k event is the next step and a real challenge! We’ve also got experienced runners going for their personal best. We hope that real life events will be taking place soon, but this event is a definite date for the diary and hopefully the easing of restrictions will mean we can run in groups again. By signing up you will help us continue to provide the highest levels of care for disabled veterans and their immediate families.”

VE Day on 8 May 2021 marks 76 years since the guns fell silent at the end of the war in Europe and millions took to the streets to celebrate peace. However, not forgetting those still in conflict until 15th August, when it was announced that Japan had surrendered, effectively ending World War II.

World War II veteran, Len Gibbon, is a current resident at Care for Veterans. Originally from Elephant and Castle in London, Len joined the Royal Army Service Corps as a Despatch Rider when he was just 20 years old. In early June 1944, Len was posted to Normandy as part of the Normandy Landings.

Len was in Germany when the War ended and remembers the moment clearly:

“I was on my way to Hamburg, riding my motorbike along the autobahn by myself. The woodland which ran alongside the motorway was alight where they’d destroyed the German ammunition stores. Suddenly a Spitfire was flying above me, came right down as if it was going to land on the road, then flew back up and did a loop! The pilot shouted down to me with thumbs up, shouting ‘victory!’ Then I knew it was over. I stood up on my bike, arms in the air, cheering!”

Len came to live at Care for Veterans 2019 and feels that his leg strength and overall fitness have improved with physiotherapy. In 2020, Len took part in an epic cycling challenge and recreated the 104-mile distance of the original D-Day journey between Portsmouth and Gold Beach on a static bike.

Current residents in Care for Veterans’ 60-bed facility are aged between 34 and 96 years old. The majority have Acquired Brain Injury (ABI) or a degenerative neurological condition, such as multiple sclerosis, motor neurone disease and Parkinson’s. As an independent provider, the charity can fill the gaps often found between healthcare and social services.

The funds raised from this event will help towards the £1.9 million needed each year for the charity to maintain its nursing and rehabilitation services for ex-Service personnel.

To sign up for the VE Day 10k, visit https://www.careforveterans.org.uk/events/ve-day-10k-race. The registration fee is £15, and runners will receive a t-shirt or running vest and a VE Day 10k medal.