You are here: Home / News / News / Sailing charity invites veterans to get on board for competitive racing

Sailing charity invites veterans to get on board for competitive racing 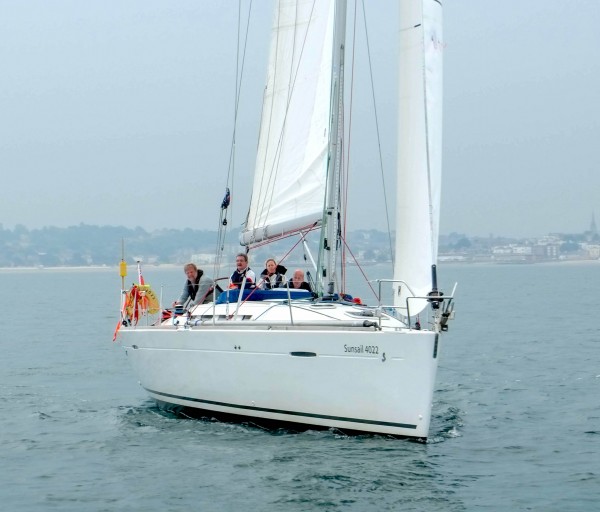 Get ready to race with Turn to Starboard

A Cornish sailing charity has announced the official launch of its new racing division, and is calling out for injured veterans to get on board.

Turn to Starboard uses sail training to support Armed Forces personnel affected by military operations from its base at Falmouth in Cornwall. Now the charity has opened a second office at Gosport near Portsmouth and is inviting veterans to get on the ‘right tack’ to recovery by taking part in a fun 3-day sail race competition next month.

In partnership with Help for Heroes and The Endeavour Fund, the charity is holding a fun 3-day sailing regatta on Wednesday 18, Thursday 19 and Friday 20 July, 2018. Up to 60 veterans from all over the UK are invited to apply to sail on board 10 racing yachts especially chartered for the inaugural event. Veterans can also choose to take part in a series of races and regattas with the charity throughout the rest of the year, such as Cowes Week – one of the biggest and best known sailing regattas in the world.

According to Chief Executive and founder Shaun Pascoe, the new venture can help individuals to regain confidence and learn new skills, while offering further experience for aspiring Yachtmasters on the charity’s training course.

“We are honoured to enter into the world of competitive racing which is a natural progression of what we offer and provides a great way for those affected by operations to learn new skills, rebuild confidence and connect with other veterans,” he said. “Thanks to the incredible support from Help for Heroes and The Endeavour Fund, this exciting new venture will help show that suffering from physical or mental injuries doesn’t have to mean aspiring to less, while serving as a gateway to future opportunities in the sport.

“On day one, crew members can learn the basics of sailing in a relaxed environment with instruction from a professional skipper. The second day is some basic racing rules, tactics and general knowledge to help on the race course the following day, when each boat competes against each other in a fun regatta. The grand finale will be a party in the evening with prizes for the winners.

“Whether you’re new to the sport or a seasoned sailor, come along and join some like-minded individuals and enjoy some time on the water. You can choose to pull on a few ropes or just sit back and enjoy the ride, it’s totally up to you. The event is about experiencing life on the water with other veterans affected by operations and having some fun, as well as maybe winning a trophy or two!”

Launched in 2014, Turn to Starboard believes sailing has a therapeutic effect on those affected by military operations. It recently reached a major milestone after providing 1000 sailing opportunities to veterans and has helped many gain sailing qualifications to help start new careers in the marine industry.

To book your place, contact Turn to Starboard Operations Manager Tamsin Mulcahy on 01326 314262 or email tamsin@turntostarboard.co.uk.