Taking place on Sunday October 6 2019, the Sandringham Charity Horse Ride sees riders from around the UK gather in Norfolk to take part in five, eight and 10-mile rides whilst raising money for charity.

Created and organised by Sandringham Estate’s Pensions and Welfare Officer, Anne Holt, the charity ride has raised a total of £86k for various charities since its first year in 2002. This month the charity ride has committed to raising funds for King’s Lynn based, Scotty’s Little Soldiers. 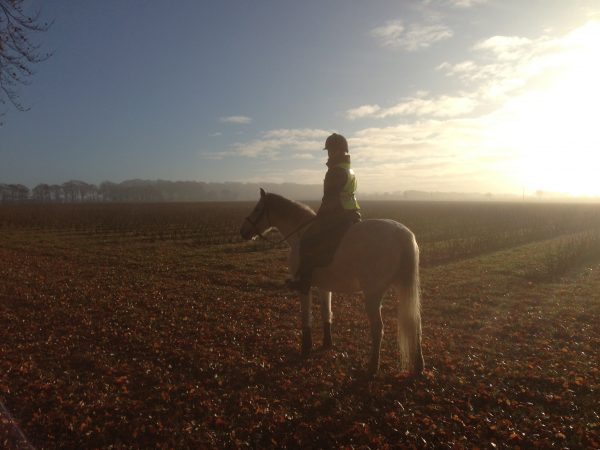 The Sandringham Charity Horse Ride happens twice per year and invites riders of all ages and experience level to take part. Riders must bring their own horse and events regularly see between 200-250 riders attend with the cause alternating each time.

Regarding the ride and the choice of Scotty’s Little Soldiers, organiser and former competitive horse rider Anne Holt, said:

“We’re so excited to do this for Scotty’s Little Soldiers this year and help children who have lost a parent in the British Armed Forces. We pride ourselves on making the horse ride a very friendly and relaxed day for riders of all ages and experience level, and we hope to see many new faces as well as the regular riders who turn up for us each and every year.

“When I first heard about Scotty’s Little Soldiers, I simply knew that it was a cause our riders could wholeheartedly get behind so I’m very proud to say we’ll be raising money for the charity this year.”

“We’re enormously grateful to Anne for selecting us as the charity to support in October’s ride and, on behalf of the whole charity, I’d like to say thank you. The ride is such a good idea and the fact that it has been happening since 2002 just shows how well organised and enjoyable it is. We hope riders will turn out in their numbers on the day in order to support and raise money for our members and we look forward to seeing the photographs.”

Scotty’s Little Soldiers, founded in 2010, honours Corporal Lee Scott’s memory – both as a loyal soldier and a loving father – and provides a practical yet personal way for the public at large to show their appreciation for those brave individuals who make the ultimate sacrifice in the service of their country. Currently Scotty’s Little Soldiers supports 394 bereaved children and runs a variety of programmes to help children smile again and look forward to a brighter future. You can visit the charity online at http://www.scottyslittlesoldiers.co.uk/