A local business put the finishing touches on their specially designed garden, perfect for bereaved Armed Forces families, at this month’s Sandringham Flower Show. Created in honour of charity Scotty’s Little Soldiers, ‘Buds That Bloom’ won the People’s Choice Award at this year’s show and is the latest garden from designer Suse Crook and husband Andy.

Suse and Andy of Snettisham based business, ABC, worked tirelessly around the clock to create a green space in time for this year’s Sandringham Flower Show deadline – working from on 8am on Saturday 20 July until 8am on the morning of the show, 24 July, they had only four days. The result was a garden which would be a perfect place for the families of Scotty’s Little Soldiers to relax in the sunshine. 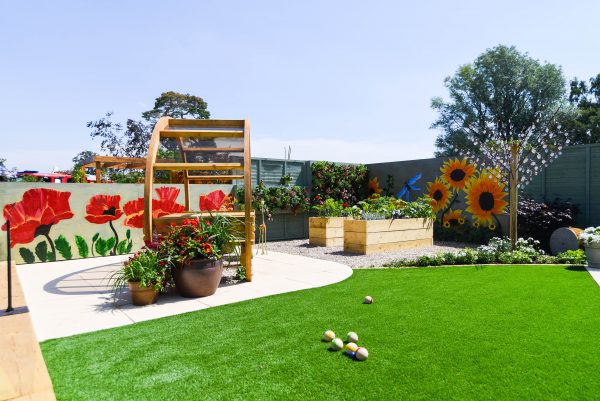 Each year Suse and ABC select a cause to centre their garden around and this year’s plot, which was on show on Wednesday 24th July, was designed with bereaved Armed Forces families in mind. Included in the garden was a stunning seating area where the family could enjoy eating out, raised vegetable beds so that children could learn how to grow things, a ‘green wall’ of flowers, strawberries and tomatoes, painted panels of Poppies and Sunflowers for visual appeal, a quiet corner for reflection  and an artificial grass area, ensuring low maintenance. Fun for the family came in the form of a play area together with a basketball hoop, magnetic play boards and blackboard. 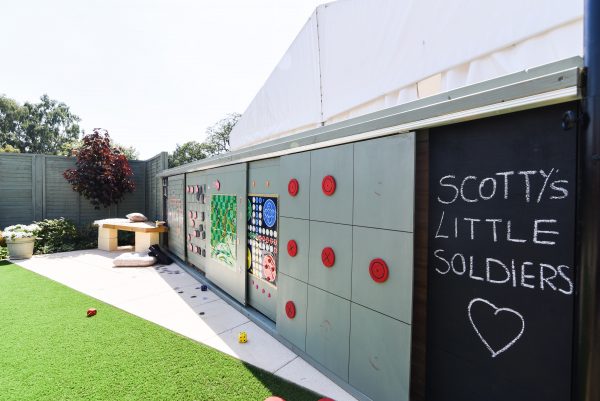 To the rear of the garden was a poignant memory tree with heart shaped keyrings hanging from the branches. These contained heartfelt messages from Scotty’s Little Soldiers members to the parent they lost and a bench by the tree provided the family with somewhere to sit and reflect.

‘Buds That Bloom’ was named by the children of Scotty’s Little Soldiers. Designer, Suse Cook, commented:

“Each year we select a cause and this year we decided it simply had to be Scotty’s – a local charity to us which is simply incredible.

“We have children and also have friends family in the Forces, so the charity’s message is one we totally understand and support. The garden has been designed for predominantly single-parent families who perhaps do not have time for too much upkeep, therefore everything has been done with this in mind. We hope Scotty’s Little Soldiers love it and it was a joy to create.” 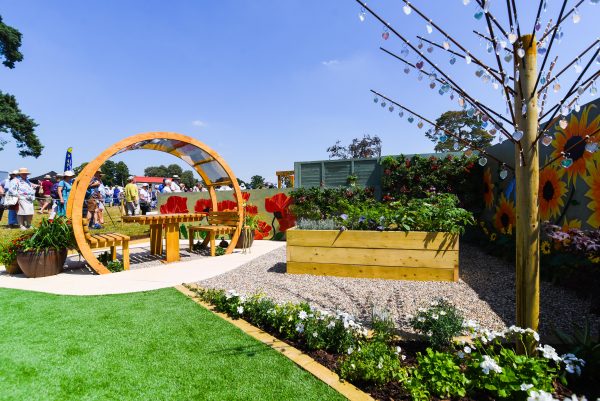 “On behalf of the whole charity we want to say a big thank you and congratulations to ABC for their work creating ‘Buds That Bloom’.

“It means a lot to our families that someone is thinking about them in this way. The garden looked fantastic in a week where the weather has been perfect for outdoor activities.”