You are here: Home / News / News / SAS hero and TV star Mark ‘Billy’ Billingham has told how he felt guilt about the impact his danger-fuelled life had on his family

The Who Dares Wins instructor has revealed that his lethal missions exacted a toll on his wife and children who didn’t know if he would return from secret assignments. 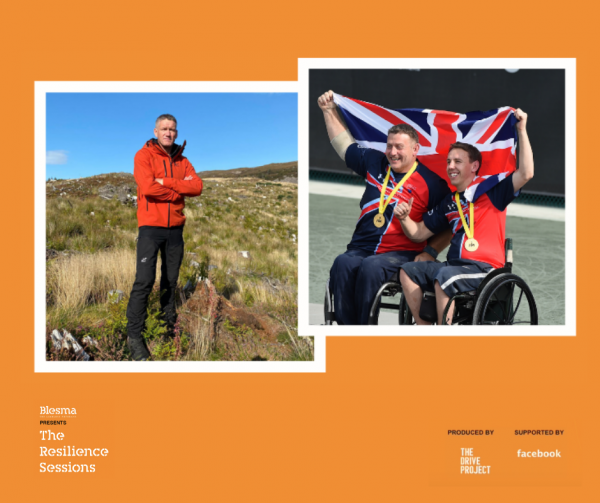 “You just have to compartmentalize things, and the family becomes one of them,” he says. “You feel guilty at times, because the job you’re doing was dangerous, crazy and if I look back at it I could have done probably ¾ of the stuff and spent more time with my family.”

The 55-year-old opened up about the challenges of his darkest moments in the latest episode of the Resilience Sessions, which bring together members of Blesma, the limbless veterans, and public figures in an inspirational podcast series.

He shared his experiences with Blesma member former Royal Marine Al Krol, who but recovered from a life-changing road traffic accident to win an Invictus Games gold medal and become a motivational speaker.

Billy, who went from the Parachute Regiment to become a senior SAS officer involved in clandestine operations around the world in a 27-year military career, always looked at photographs of his wife and kids before heading into danger.

“On some operational stuff, I volunteered for and to stay longer and I feel guilty about that,” he says. “On stuff we were dealing with, and I cannot say exactly where in the Middle East, there was a chance every night that it was going to go bad and there was a chance you weren’t going to come back.

“I would spend a couple of minutes just trying to get a call in to say ‘hey’ and to hear their voices for one more time and they knew I was thinking about them.”

“I always thought it would be over soon and I could make up on that lost time with my family. But they saw the news and weren’t stupid about what was going on.

“I would talk to the Mrs afterwards and you could see the kids were traumatized by it as well. It was always hard coming home, there was always an atmosphere between me and my wife and the kids would sit down to see if we were going to be arguing or not. I think some of that was down to not decompressing properly after coming back from operations.

Billy was ground controller during the 2005 London bombings that claimed 55 lives and his team helicoptered in from their Hereford base to deal with carnage and snuff out extra threats.

“It was annoying to think people had taken our freedom away, people are dying on our streets, the capital of our country,” he says. “We were angry but poised and calm and doing the job properly and quickly.

“The Government was pretty good. There was good old British resilience ‘Let’s get back to normal’ and that was the right thing to do. Let’s not cower away from them and give them what they want. Let’s get back on the buses, back on the transport. Everyone was moving with caution and we had eyes and ears all over the place to make sure we weren’t going to get caught again.

“The hardest thing was that it was on our doortstep and we felt guilty that this has happened, people had died and there is that beat-up factor – could I have stopped that, could I have done something better? But I always say ‘It’s happened, it’s done. We can’t change history but we can learn from it.”

The Resilience Sessions, which are featured on the Samaritans wellbeing app, grew from the Making Generation R campaign, which trained members of Blesma to tell their incredible stories of overcoming adversity to 100,000 front line workers, first responders and young people.

“Al and Billy talk openly about how they faced really tough situations and the result is empowering,” says Jon Bryant, Blesma’s chief executive. “Our Members have been through hugely traumatic experiences and they want to help others to develop the same sort of resilience that they have had to.”

Alice Driver, founder of The Drive Project which devised the programme and presenter of The Resilience Sessions, added:

“The podcasts are inspirational. You feel like you are part of the conversation between individuals who have been through tough challenges but have come out the other end and are able to talk about how they did it.”

Listen to the podcast here: smarturl.it/resiliencesessions