You are here: Home / News / News / SBS Veteran and Channel 4 presenter, Ant Middleton, is announced as new ambassador for Give Us Time

SBS Veteran and Channel 4 presenter, Ant Middleton, is announced as new ambassador for Give Us Time 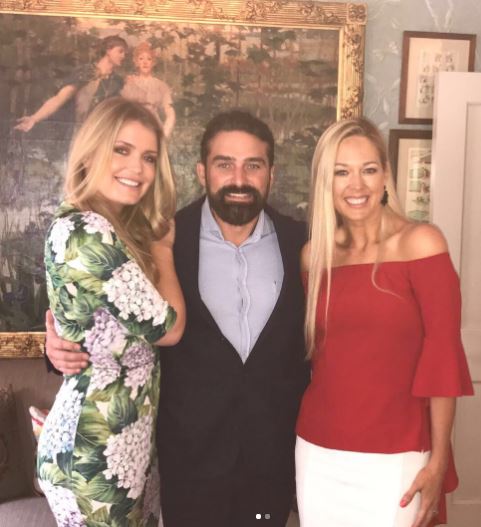 Ant Middleton, an SBS veteran and presenter on Channel 4’s SAS: Who Dares Wins, has just been announced as an Ambassador for the Forces Charity, Give Us Time.

Rupert Forrest, Managing Director of Give us Time, said:

“I am very pleased that Ant Middleton has decided to become a Give Us Time Ambassador.  Having completed three tours of active service in Afghanistan he has personal experiences which help him understand many of the difficulties experienced by our beneficiaries.”

Explaining why he became a Give Us Time Ambassador, Ant Middleton said:

“I am really excited to be an Ambassador for Give Us Time.  After personally experiencing many of the problems young service men, women and their families face today, I would like to do all I can to raise awareness and help the people I have served alongside.”

During his military career, Ant Middleton did tours in Northern Ireland, Macedonia and three tours in Afghanistan.  He also spent four years in the SBS (The UK Naval Special Forces Unit and sister unit to the SAS).  He is now Chief Instructor for Channel 4’s hit show SAS: Who Dares Wins.  In 2017, we have also seen Ant at the forefront of Channel 4’s hit show ‘Mutiny’ and will see him lead teams in an upcoming engineering and survival based show called ‘Escape’.

Give Us Time is a charity that helps service personnel and their families reconnect with each other after deployments.

The demands of military service can cause relationships to come under strain placing huge demands upon both spouses and their children.  Children of military personnel often have their education disrupted by frequent moves.  Health issues, such as post-traumatic stress disorder (PTSD), which affect military servicemen and women, can also have knock on negative consequences for the family.  The benefits of the breaks are substantial making families more resilient: reducing dependency on welfare agencies.

Give Us Time was founded in 2013 when it became clear that many families were struggling with the effects of deployments, and support was not always available.  The Charity accepts donated accommodation and funding, to assist beneficiaries with travel and other core expenses associated with respite breaks.  Frequently accommodation comes from the owners of holiday groups, hotels, holiday homes and timeshares.  These donations enable Give Us Time to give Military families a chance to reconnect and restore relationships in a safe and neutral environment by providing them with free, commercially let accommodation, at home and overseas.