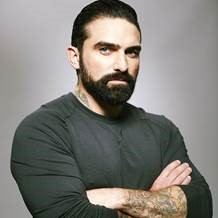 Ant Middleton, a Special Forces veteran and presenter of C4’s Who Dares Wins and Mutiny has just been announced as a SSAFA Ambassador.

“As an SBS veteran and now as a TV presenter, Ant is a shining example of somebody who has successfully built upon his military career after leaving the Armed Forces.  He can personally identify with the circumstances facing young servicemen and women and veterans; as a result, he is a role model and inspiration to them.  We are delighted he has chosen to support the work of SSAFA.”

Explaining why he accepted the role, Ant explained:

“I’m really excited about becoming a SSAFA Ambassador.  I know from personal experience, the difficulties that befall many of our serving and ex-serving men and women and I’ll do all I can to raise awareness of their issues and help those I’ve stood shoulder-to shoulder with.”

Each year, our professional staff and network more than 6,500 volunteers provide assistance to some 60,000 people, ranging from World War Two veterans to the families of young servicemen and women wounded or killed in Afghanistan.