With the coronavirus pandemic forcing Remembrance Sunday events across the country to be cancelled, thousands are expected to observe the two-minute silence at 11am this morning (Sunday 8 November) from the doorsteps of their homes. 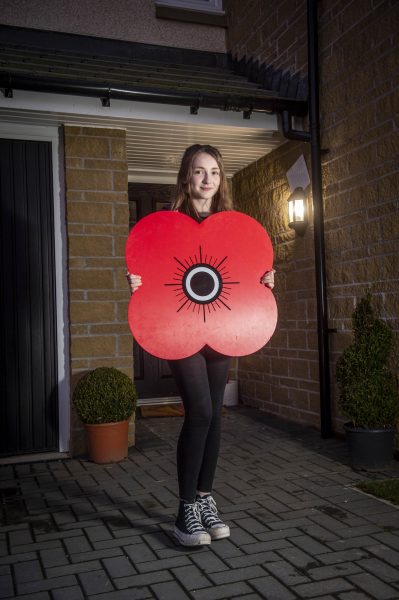 “It is deeply disappointing that remembrance events are being impacted in this way given their importance to so many people. Coronavirus must not cancel remembrance, but public safety is paramount.  We are calling on everyone to take to their doorsteps at 11am on Remembrance Sunday and Armistice Day to observe the two-minute silence. We must be united in spirit, if not in person, to ensure that we pay our respects to those who have made the ultimate sacrifice.”

Veterans, serving military personnel and members of the public, young and old, have been reflecting on what remembrance and the poppy means to them.  Amongst them was Second World War veteran Cathy Drummond.  The 98-year-old from Dunfermline served as a radio operator in the Women’s Auxiliary Air Force from 1941 to 1944 and said:

“Remembrance makes me think of the men and women who have lost their lives, including my husband. It is very sad every year. We will remember them.”

“Regardless of your background, for a short time each year it brings people come together, remembering not to take for granted what we have today and the sacrifices that have been made.”

Veteran Ronnie Wilson served with the Queen’s Own Cameron Highlanders in Korea and Aden reflected from his doorstep in Edinburgh by saying:

“Remembrance means everything to me.  The poppy represents the lads that have died in all wars and the respect that I have for that.”

12-year-old Sophie Henderson from Troon, who penned a poem entitled In Future Fields as the winning entry of Poppyscotland’s learning competition in 2019 added:

“To me it means hope and peace, and remembrance of the soldiers who gave their lives to save other people.”