You are here: Home / News / News / Scotty’s call out to Military Spartans

Scotty’s call out to Military Spartans 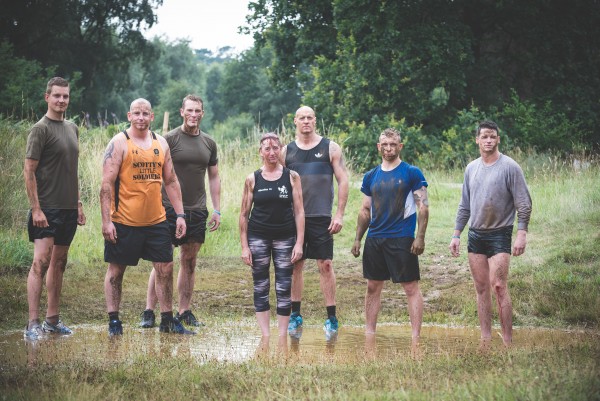 Children’s Armed Forces charity, Scotty’s Little Soldiers, is calling out to the military community to take on the ‘best of the best’ in a bid to create the first ever Spartan Race Military Wave at this year’s Reebok Spartan Race Super at Marston Lodge near Market Harborough.

The Military Wave, which takes place on Saturday 2nd September, is open exclusively to the Armed Forces community and is certain to test the endurance, perseverance and grit of each and every participant.

To achieve the landmark, Scotty’s Little Soldiers, the charity for children of the fallen, is looking for between 150 and 250 fighting fit forces personnel to take on the challenge to be crowned the first UK Spartan Race Military Champion.

29-year-old, RAF Corporal Christopher Stephens is already signed up. He said: “I’ve set myself a big challenge this year to raise money for Scotty’s and getting a team together for the Spartan Military Wave is one of them. Scotty’s is fantastic and the support it offers the children and families is so important. For me and my comrades, knowing that Scotty’s are there for our families, if anything should happen, is extremely comforting.”

Entry fee for the race is a discounted £68 and 20% of all sign-up fees will go directly to the charity to help with its work in providing much needed support to those who have lost a parent in the Armed Forces.

Scotty’s founder, Nikki Scott said: “This challenge certainly isn’t for the fainthearted and I have a huge amount of respect for those taking part. Lee was hugely competitive and I know that many of those in the Armed Forces love a good opportunity to challenge one another.

“This is a first for Scotty’s and an event I hope we can replicate every year. Scotty’s continues to grow and we’re now supporting over 300 children which means fundraising is even more important. All money raised means we’re able to continue to offer the much-needed support to the children and their families.”

The Military Wave is open to currently serving members of the Armed Forces, Veterans and those with close connections to the Military Community such as MoD contractors. Those wanting to take part can sign up individually or as a team.

Scotty’s Little Soldiers, founded in 2010, honours Corporal Lee Scott’s memory – both as a loyal soldier and a loving father – and provides a practical yet personal way for the public at large to show their appreciation for those brave individuals who make the ultimate sacrifice in the service of their country. Currently Scotty’s Little Soldiers supports 324 bereaved children and runs a variety of programmes to help children smile again and look forward to a brighter future. You can visit the charity online at http://www.scottyslittlesoldiers.co.uk/