A survey identified that 89% of bereaved British Forces families felt there wasn’t adequate bereavement support for military families – Scotty’s has subsequently enhanced its SUPPORT Programme and recruited a Head of Support dedicated to its beneficiaries, thanks to funding from Annington and Veterans’ Foundation 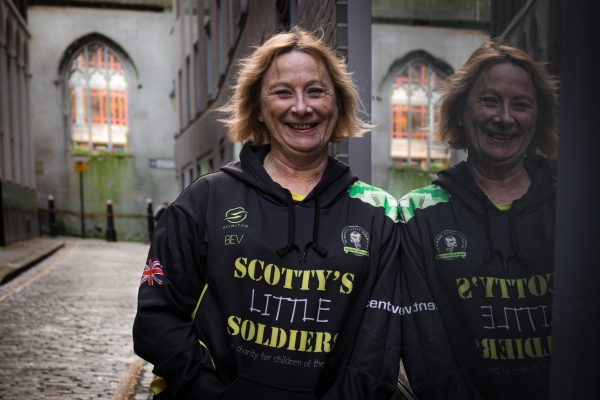 Scotty’s Little Soldiers has been supporting hundreds of bereaved British Forces children across the UK since the charity was founded in 2010 by Nikki Scott, following the death of her husband and father to her two children, Corporal Lee Scott, in 2009. Now, Scotty’s is proud to offer additional and much needed emotional support to its beneficiaries having taken on a dedicated support worker.

Scotty’s Little Soldiers provides its members with support and guidance throughout their childhood and offers a respite, however brief, from the daily ups and downs of coping with the loss of a parent. It does this through three programmes. SMILES offers children the opportunity to smile and laugh again through a wide range of activities and gifts.  The SUPPORT Programme aims to assist with the more emotional side of bereavement and includes access to professional counselling and a family support network.  The STRIDES Programme helps with the charity’s members personal development and includes a range of activity and educational grants. A fourth programme is also being developed. The SPRINGBOARD Programme will be for 19 – 25 year olds to ensure the support continues into early adulthood.

A members’ survey conducted in 2018 identified the need for an enhanced support programme from Scotty’s Little Soldiers. 89% of families asked didn’t feel there was adequate bereavement support available for military families and 90% said they would be likely to use additional support from Scotty’s. In particular it was felt there was a need for a dedicated case worker who would have expert knowledge of the help available to bereaved military families.

Having identified this gap available to bereaved forces families, Scotty’s Little Soldiers were keen to develop their SUPPORT Programme and, thanks to funding from Annington and Veterans’ Foundation, this year they have been able to do that and have taken on Bev Townsend as Head of Support.

“The idea behind Scotty’s Little Soldiers is to support children on the difficult journey that follows the death of a parent. Having listened to our families it was clear that Scotty’s makes a real difference to them with the support it already offers but the number of families crying out for additional emotional support was overwhelming. There’s lots of support out there but the families felt they didn’t know where to go for this support or how to go about getting it. We were desperate to fill this gap but as a small charity the big problem was funding. We are so incredibly grateful to both Annington and Veterans’ Foundation who have kindly funded the development of the SUPPORT Programme. We’ve been lucky enough to recruit Bev Townsend who is now on hand to offer an extra layer of support to our families.”

Bev brings a wealth of experience to her role. She served in QARANC and Intelligence Corps in the Army for seven years, has twelve years’ experience in palliative care nursing and has also managed positive activities services for disadvantaged children including young carers. Bev is available to offer initial support to Scotty’s Little Soldiers members, then leads them to the relevant support and stays with them on their emotional journey to ensure they are receiving the care they need.

“When Scotty’s came to us to talk about their plans for the future, they highlighted the need for a new role – Head of Support. They felt this role was really needed to move forward with the work that it does for bereaved military children. Listening to Scotty’s and understanding the passion behind the charity and the fabulous work that is has done in the past, we felt that we really wanted to get involved in helping the children make the very best of their lives, despite the tragedies that have befallen them.

Jane continued: “This is clearly a much-needed role. These children sometimes need a non-family member in their corner to be their advocate, to be fighting their battles for them, whatever that may be. We are proud and delighted to be able to help Scotty’s achieve their aims.”

“We’re so pleased we’ve been able to help Scotty’s Little Soldiers develop their SUPPORT Programme. It’s so important to care for bereaved British Forces children. Their parents gave so much for our country and we’re so grateful to Scotty’s for supporting the children left behind.”

So far this year, Scotty’s Little Soldiers has supported 400 bereaved Forces children across the UK, offering integral support when they need it the most.