A service that has helped almost 16,000 members of the Armed Forces community in Scotland over the past decade has received a funding boost of £20,000 from the Royal Air Force Benevolent Fund. The Armed Service Advice Project (ASAP) has helped 15,900 clients since 2010, putting a total of £17.6 million into their pockets through welfare benefits, charitable grants and other funding sources. 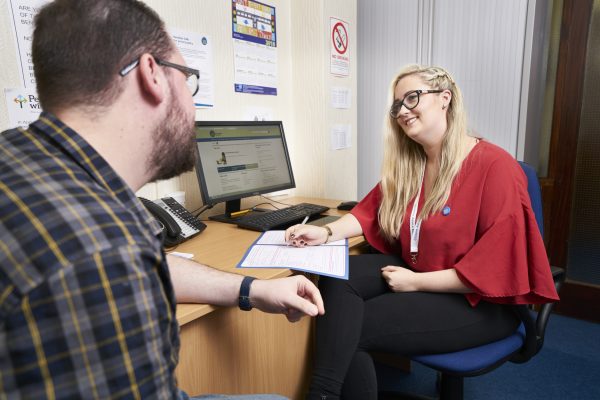 The service is run by Citizens Advice Scotland and funded by a coalition of military charities, led by Poppyscotland. It offers specialist advice and support to veterans, and to people who are currently serving in the Forces, and their families. Now, as ASAP enters its second decade, it has received the welcome boost of £20,000 from the Royal Air Force Benevolent Fund.

“Part of the RAF Benevolent Fund’s work looking after the RAF family is ensuring projects like this which support veterans continue. I am delighted that our support to this project has ensured 2,074 RAF beneficiaries received vital support, thanks to a total of £295,000 granted to ASAP since 2010.

“We believe this grant will result in many positive outcomes for our RAF family, including improved financial means, improved mental wellbeing, a reduction in loneliness and social isolation, and an increase in mobility and the ability for our clients to live at home for longer.”

One veteran who has been helped by the service is John Fuller, from Fife. John served in both the RAF and the Army, but was compelled to leave due to injury and issues with depression and anxiety. He has since been diagnosed with PTSD. John recently encountered problems with a reduction to his welfare benefits when his care situation changed, so, through no fault of his own, he was the victim of a loophole in the system.

“It’s a complicated bureaucratic mess, but the bottom line is that my income has been cut substantially, and I believe wrongly. ASAP agrees with me and they are helping me to get things changed. I will continue to fight this, but the help I have received from ASAP has been great. It’s really good to know you have people in your corner.”

“The Scottish Citizens Advice network is there to offer advice and advocacy on behalf of everyone in Scotland, and we are proud that for a decade now we have run the specialist Armed Services Advice Project.

“This additional funding from the Royal Air Force Benevolent Fund will help the service continue to support members of our Armed Forces community with specialist advice. Members of the Forces and their families make tremendous sacrifices for their communities and their country. The least we can do is play our part in ensuring they get the advice and support they need.”

Gary Gray, the Head of Welfare Services at Poppyscotland, said:

“When Poppyscotland, in partnership with Citizens Advice Scotland, first established ASAP in 2010 it was a smaller service. Today it has an extended footprint and members of the Armed Forces community can access the vital support provided by its expert advisers, wherever they are based.

“Collaboration and partnership working lies at the heart of everything we do and the coalition of funders working together with Citizens Advice Scotland has brought about remarkable results. Poppyscotland is proud to be the lead funder for the ASAP project, but we could not do it without the many other organisations that contribute, including the Royal Air Force Benevolent Fund.”

“For every £1 invested by the funders, ASAP has generated £4.43 of client financial gain. That delivers an outstanding impact to those who have been supported. Our message today to all military personnel, veterans and their families is that ASAP is here to help you too with any problem you have.”