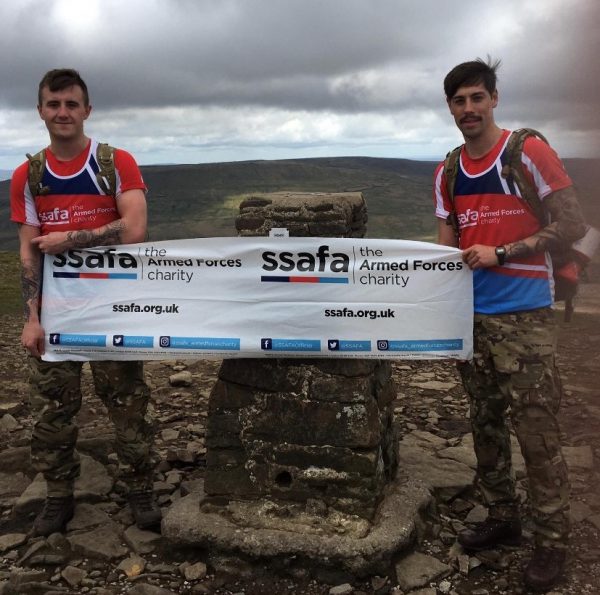 The duo managed to complete the challenge in a mighty 16 hours on Tuesday 25 May.

Regan and Dave are both currently serving in 7 Regiment Royal Logistic Corps and are keen to support the Armed Forces community.

“We chose to fundraise for SSAFA as we know people in the past who the charity have really helped. The charity do great things for members of the Armed Forces community, including veterans and their families.”

SSAFA, the Armed Forces charity has been providing lifelong support to our Forces and their families since 1885. Regan and Dave have already raised £135 of their £200 target. Donate here to help them reach their target and support the Armed Forces community: gofundme.com/f/yorkshire-3-peaks-x2