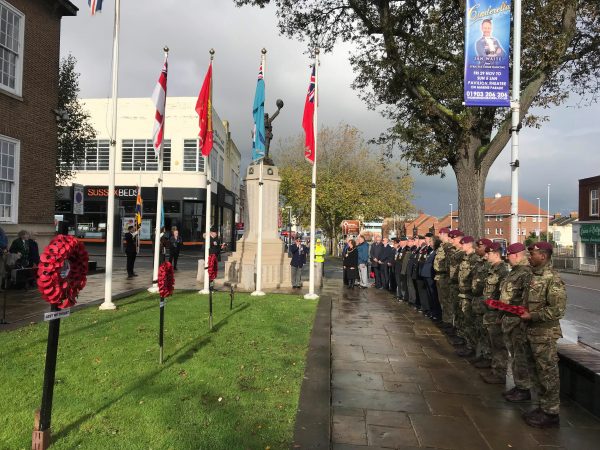 The soldiers, along with representatives of local charity, Care for Veterans, local dignitaries, military associations and schools, attended the ceremony to launch Remembrance Week, which honours those members of the armed forces who have been killed in conflict since the First World War.

Following the ceremony, the soldiers returned to Care for Veterans to meet with the veterans the charity cares for, which has now become an annual tradition. 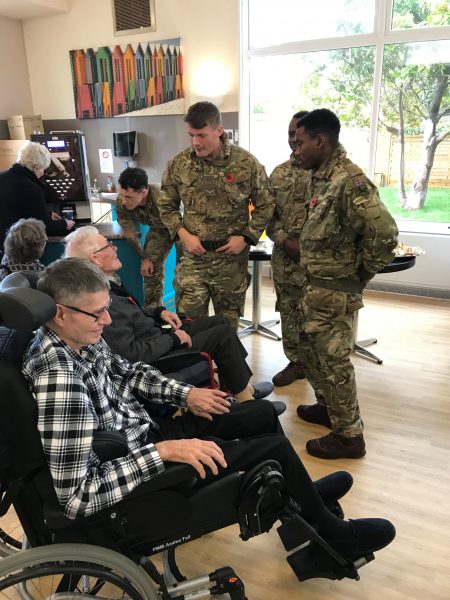 “Remembrance Week is such an important time in order for us to remember those we have lost. We are very grateful to Sgt Brown and the 12 Regiment Royal Artillery for their ongoing support and for taking time to visit our veterans, who always love seeing the soldiers and sharing stories.”

On Sunday 10 November, eight of the residents from Care for Veterans will journey to London to participate in the ceremony at the Cenotaph, to pay their own respects to fallen comrades. 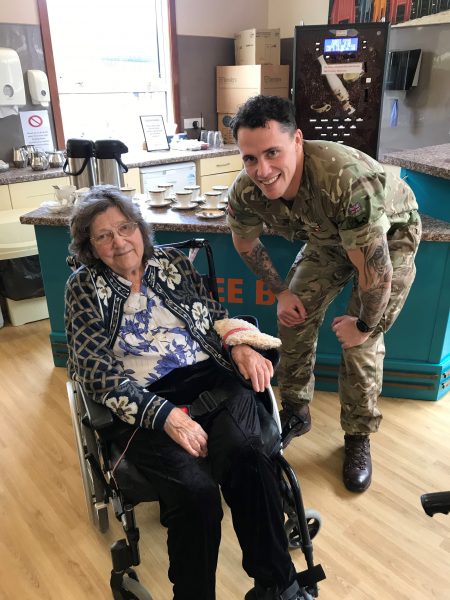 About Care for Veterans

Care for Veterans (formerly The Queen Alexandra Hospital Home) was established in 1919 – the charity celebrates its centenary this year.