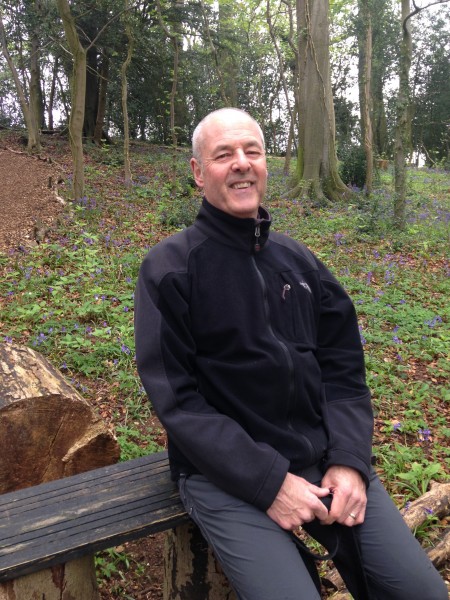 A Royal Air Force (RAF) veteran from South Gloucestershire is training to complete a 100 kilometre walk from London to Brighton for Blind Veterans UK, the national charity for vision-impaired ex-Service men and women.

Larry Cauchi, 58 and from Thornbury, decided to compete in the challenge after his wife came across the organisation. He explains: “My wife started a new role as Practice Manager of an opticians this year and wanted to put a charity tin on the counter. After a bit of research, and partly due to my own Service, she opted for Blind Veterans UK.

“I’m the kind of person who’s always looking for a new challenge, so naturally, once I heard about the 100k London to Brighton, it was a quick decision. Not only is it an immense challenge to train for, but the money raised will be invaluable in providing the support my fellow ex-Service personnel so desperately need.”

Larry’s own Service began when he was just 17. He recalls: “I joined the RAF in 1977, serving as an Aircraft Engineer. I was stationed all over the UK and completed various tours overseas with different units, including two in Germany at RAF Bruggen.”

After leaving the RAF in 2003, Larry went on to spend 13 years with Rolls Royce Defence in Bristol, working as the Operation Centre Manager. He now works for Dick Lovett at one of their Porsche Dealerships in London.

The 100k London to Brighton, which takes place in July, will not be the first time Larry has taken part in a challenge of such epic proportions, having previously completed the 30 mile Yomp for The Royal Marines Charity in 2015. With a degree of experience to call on, Larry’s foremost focus is therefore on his training, ensuring he arrives in the best possible shape come race day. He says: “There’s a long way to go between now and July, but there’s definitely a mark in the sand now and I’m determined to reach the required level of fitness!

For now, Larry is keen to encourage as many other people as possible to get signed up and support a worthwhile cause. He explains: “Taking part in events such as this, the fundraising, the training, the competition, it’s an altruistic feeling. It’s such a great opportunity to give something to those who have given for their country.

“With ex-Servicemen and women, it’s often so hard to actually find people who need the help. So many of them are not looking for charity. That’s what makes it so important, it’s such a worthwhile cause.”

To support Larry as he takes on the 100k for Blind Veterans UK, please visit: justgiving.com/larry-cauchi1.