A five-year-old from Cambridgeshire has raised hundreds of pounds for a military charity that helped him stay connected to his RAF father serving abroad. 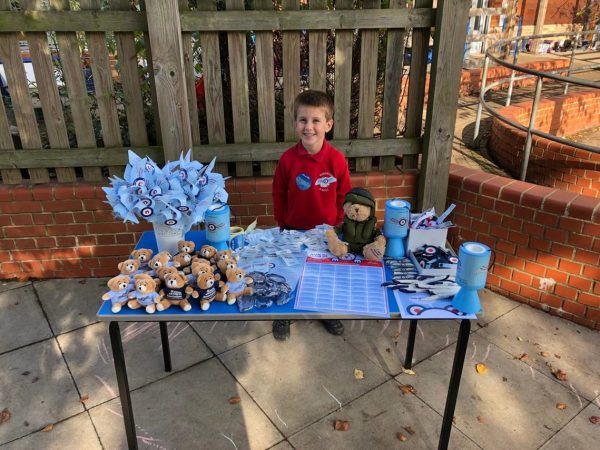 Theo Lea-Hagerty ran the Kids’ Kilometer in Bournemouth (part of the Bournemouth Marathon Festival) this autumn, raising more than £300 for the Royal Air Forces Association. The charity supports the welfare of RAF personnel, veterans and their families.

When Theo was just 10 weeks old his father, Steven, a Flight Lieutenant, was helped by the charity to make a CD recording of a bedtime story – The Gruffalo. Steven was about to be posted to Afghanistan and wanted his baby son to hear his voice while he was away.

As part of the Storybook Wings initiative, the RAF Association provided Steven with professional recording equipment, an editing service (which included inserting music and sound effects), and the production of a specially-packaged story CD for Theo. Five years later, Theo still has the CD, which he now plays to his baby sister. 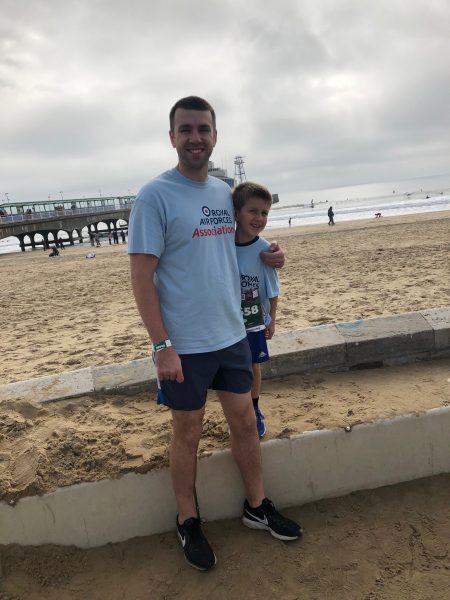 “Theo became inspired to do the Kids’ Kilometer when his Dad ran the Manchester Marathon for charity earlier this year. Theo told us he wanted to run in a competition himself, and ended up running the kilometer in six minutes and 13 seconds. We’re so proud of him!”

Theo decided that he wanted the money he raised to go to the RAF Association so that more families like his could be helped.

Since the project began more than 10 years ago, Storybook Wings has recorded audiobooks for hundreds of children of RAF personnel serving away from home.

“I’m thrilled that Theo is following in my footsteps by getting into running and raising money for charity.

“The RAF Association was there for our family when Theo was first born, and we love the fact that we can now play the bedtime story CD to his baby sister, Cara.”

For more information about the RAF Association, visit: www.rafa.org.uk