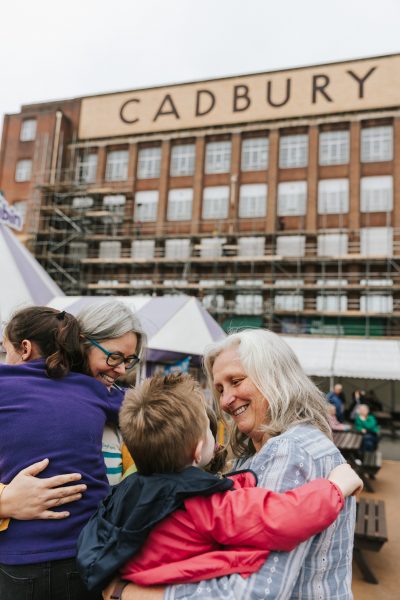 The charity celebrated National Adoption Week with a family fun day at Cadbury World in Birmingham on Tuesday 19 October.

As the UK’s only adoption agency aimed at Forces families, SSAFA is the expert in military adoption and understands the complex demands of military life. SSAFA has worked successfully with individuals and couples from all service backgrounds to create loving families.

“Our Family Fun Day at Cadbury World was a huge success. It was brilliant to see the children having fun and to see their happy faces. Many of our families haven’t been able to see each other during the Covid-19 pandemic, so it was great to have everyone together and celebrate National Adoption Week.”

In 2020, 409 households were supported by SSAFA’s Adoption services, and 9 new households were approved to adopt. Since the service began in 2000, the team has helped hundreds of families through the adoption process and importantly provided them with post adoption support.

SSAFA has been a registered independent adoption agency since 2000 and was developed to counteract the difficulties faced by some serving personnel looking to adopt. While many members of the Armed Forces can adopt via their local Regional Adoption Agency, some adoption agencies are not as positive about applications from serving personnel due to misconceptions around military lifestyle.

To find out more about SSAFA’s Adoption Service, visit ssafa.org.uk/adoption