Ron MacGregor will take on the Kiltwalk from April 23-25 to raise funds for SSAFA, the Armed Forces charity. 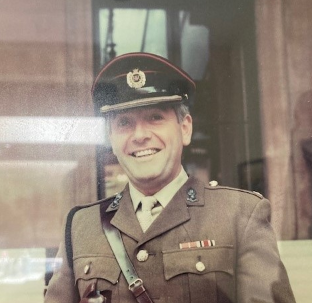 Ron has chosen SSAFA being an ex-military man himself serving in Royal Engineers Army Reserves for 26 years. Ron now volunteers for SSAFA, a charity that supports serving personnel, reservists, veterans and their families.

“Last year, in Scotland, 3,231 calls for help were successfully answered. These calls were from people who have served their country, but, for whatever reason, had fallen on hard times and need our help.

Every penny I raise will be topped up by 50% thanks to the generosity of Sir Tom Hunter and The Hunter Foundation. Any donation you can spare will mean the world to me and my chosen charity.”