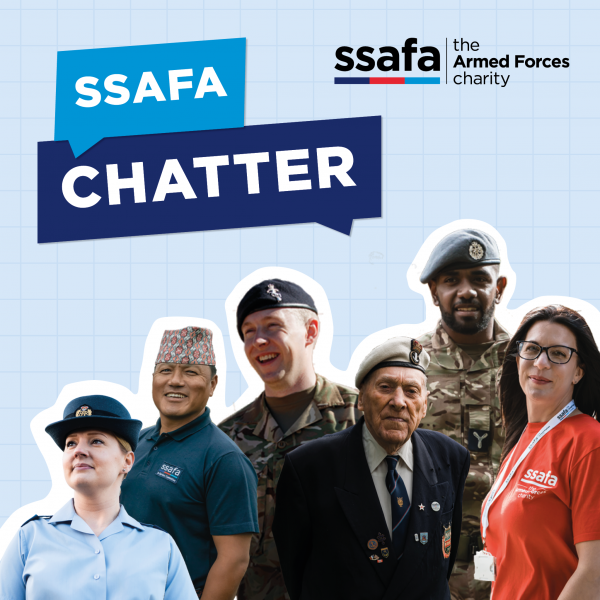 The series, created by SSAFA, will discuss wellbeing amongst a series of age groups, from children under 8 to adults who live alone.

The first series, titled ‘Thriving after lockdown’, is hosted by Tom Fox, SSAFA ambassador, veteran and Director of Thoughtify.  The Thriving after lockdown series aims to support the Forces family with their mental and emotional wellbeing, promoting positive conservations amongst children, young people and adults.

SSAFA ambassador, Tom Fox, is joined by BACP accredited counsellor and family support worker, Jo Morton-Brown, who is also a parent within the Armed Forces community.

In each episode, Tom and Jo open the conversation around positive wellbeing and explore tools and techniques for members of the Armed Forces community to use.

Each episode is for a unique listener: