Stand Up! For Stoll 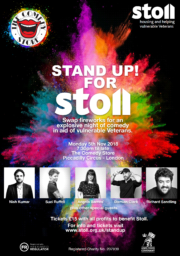 On Monday 5th November, swap fireworks for an explosive night of comedy at the iconic Comedy Store in Piccadilly Circus, in aid of vulnerable Veterans. 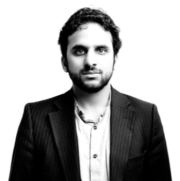 Nish Kumar: Nish has achieved global success since beginning his stand-up career in 2006. Aside from selling out shows at the Edinburgh Fringe and London’s notorious Soho Theatre, Nish has also appeared on the likes of Chris Ramsey’s Stand Up Central, Live at the Comedy Store and Alan Davies As Yet Untitled. Nish currently presents the BBC Two show, The Mash Report. 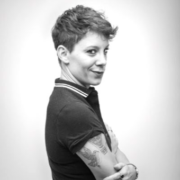 Suzi Ruffell: Suzi began her comedy career at the age of 23, she has toured with some of the top comedians, such as; Alan Carr, Josh Widdicombe and Kevin Bridges. Suzi has appeared on Mock the Week and Roast Battle, she has also written material for The Last Leg and 8 out of 10 Cats. Suzi is currently on tour with her second show, Social Chameleon. 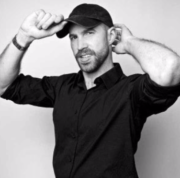 Damian Clark: Damian first made an appearance on the UK comedy scene in 2012; before that, he regularly featured on Irish programmes such as, The Apprentice: You’re Fired! And Republic of Telly. He continues to tour the UK, Ireland and Europe with his stand up shows. 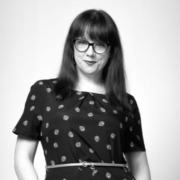 Angela Barnes: Angela swapped a career in Health and Social Care for comedy. In 2011 she won the BBC New Comedy Award and has appeared on shows such as Russell Howard’s Good News, Mock the Week and Russell Kane’s Whistle Stop Tour. Angela currently presents the BBC Radio 4 Extra show, Newsjack. 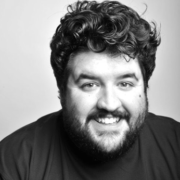 Richard Sandling:  Not only is Richard a stand up comedian, he is also an actor, writer and content maker. Richard has won awards for So You Think You’re Funny and The Edinburgh Fringe Panel Prize.

All profits raised from the gig will go towards supporting the work of Stoll, who house and help vulnerable and disabled Veterans. Stoll provide affordable, high-quality housing and support services to over 600 people each year.

Tickets are £15 – click here to get your tickets now!