You are here: Home / News / News / Sussex is alive with the sound of music at charity event for Veterans to commemorate VJ Day

The Not Forgotten
commemoration, Remembrance, Veterans

Over 120 veterans and their families were treated to a trip down memory lane and an afternoon of entertainment during a special concert to commemorate VJ Day held at the magnificent Danny House, Hurtspierpoint on Sunday 16 August. 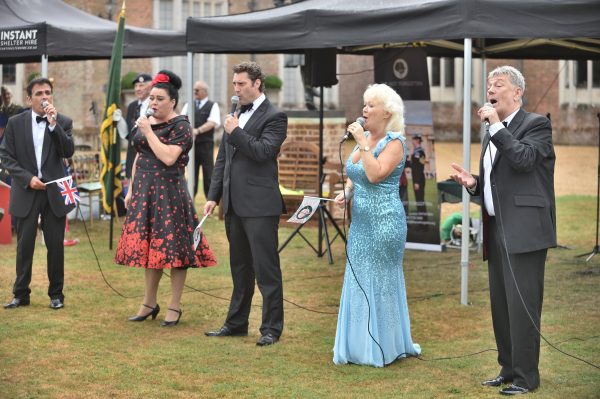 Organised by The Not Forgotten, a British Armed Forces charity for serving and ex-service men and women the event was part of a nationwide outdoor concert tour to entertain, boost morale and lift lockdown spirits by reaching 1000’s of veterans across the country. 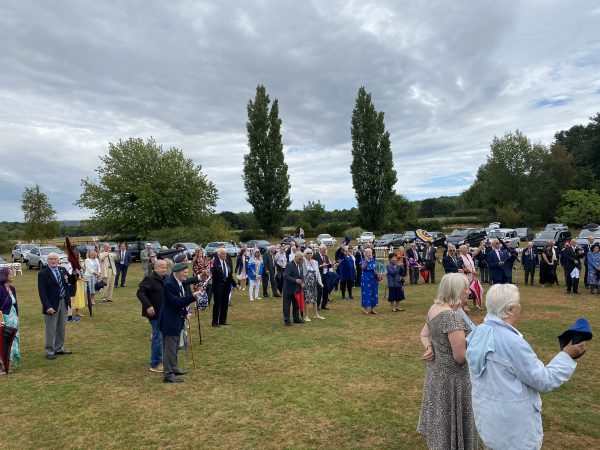 Veterans, including 15 who served in WWII, wore their medals with pride and enjoyed the concert in their own social bubbles. Vehicles were parked on the lawn adjacent to table and chairs to ensure compliance with COVID regulations and a fabulous afternoon tea was served, evoking a real garden party feel.

The rain didn’t dampen guest’s spirits as they enjoyed part of the concert from the comfort of their cars and when the sun came out, guests sang along, tapped their feet, waved flags and danced as The Not Forgotten professional entertainment team of singers and musicians performed.

The set included popular classics and rousing favourites from the 30s to the 60s including a special tribute the late Dame Vera Lynn. The Glenn Miller Tribute band also provided entertainment throughout the afternoon.

Sussex resident and long-time supporter of The Not Forgotten, Virginia Lewis Jones, Dame Vera Lynn’s daughter, attended the concert with her husband Captain Tom Jones, her step daughter, Chesney Jones and granddaughter Lucy Jones, making it a real family affair. The family kindly donated a signed picture of Dame Vera Lynn which was won in a raffle by Battle resident, Pat Pern, a former WREN.

Also showing their support for the event was Councillor Colin Trumble who attended with his wife, Judith and local residents and Gogglebox stars Stephen Webb and Daniel Lustig.

The Taxi Charity for Military Veterans arranged for around 15 volunteer cabbies to drive veterans from all over London, so they didn’t miss out on the poignant commemoration.

“The Not Forgotten event to celebrate the 75th anniversary of VJ Day is a day that our veterans and volunteer cabbies, who drove the veterans to the event from all across the London and the south east, were really looking forward to.”

Brigadier James Stopford, CBE, CEO of The Not Forgotten said:

“Sadly, events to commemorate VJ Day could not take place properly this year, so we were determined to help WW2 veterans and those who have served their country mark this important day by bringing the celebration to them at Danny House.”